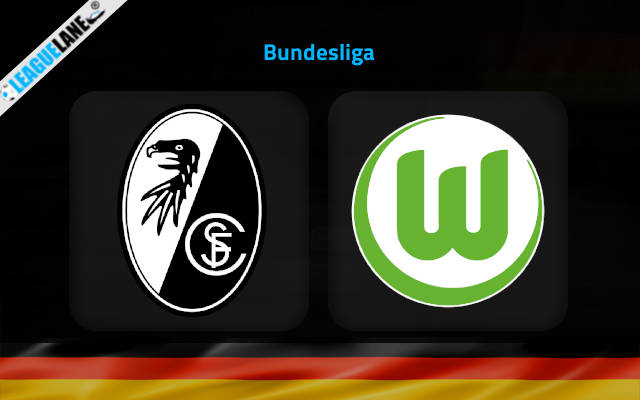 Freiburg have placed themselves in a promising position, so as to qualify to one of the European competitions next season. They are in possession of the sixth spot, and have a cushion of four points over the seventh-placed Union Berlin, who are also going through a poor stretch of results.

Going on, at the Europa-Park Stadion, Freiburg have been on a roll for quite some time now, and they are also consistently finding the back of the net here.

Meanwhile, Wolfsburg have struggled throughout the campaign, and especially so on the road. In fact, they have won just once on the road in the past four-month period in all competitions.

By the looks of things, expect the hosts to have the upper hand this weekend at the Europa-Park.

Freiburg held heavyweights Leipzig to a 1-1 draw on the road the last match-day. They had also won three of their past four overall games, and had remained unbeaten in 10 of their past 12 fixtures.

Going on, they had won three of their preceding five appearances at home, and they have lost just twice here in the past 12-month period.

On the other hand, Wolfsburg did win 1-0 at home against Union Berlin the past game week. But they were also winless in 14 of their past 18 overall games, and in the process they had even gone on a seven-match losing streak.

Judging these observations, expect a win for Freiburg. However, taking into account the h2h superiority of Wolfsburg over the years, it’s doubtful if the hosts would be able to keep a clean sheet.

Tips for Freiburg vs Wolfsburg