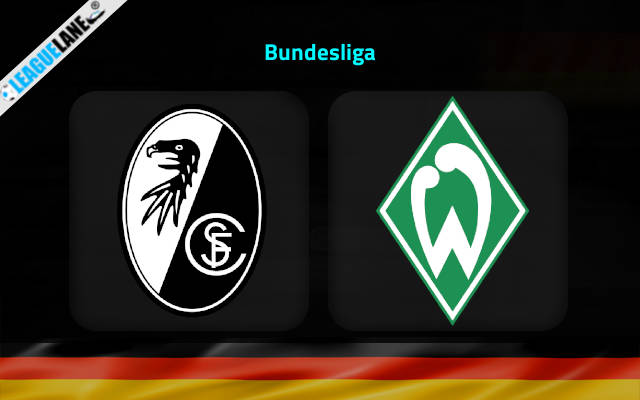 Against expectations, Freiburg have been one of the best teams in the German top flight this season. However, Werder Bremen have a different story to share. They are struggling for consistency, and seldom have they kept clean sheets this whole league campaign.

So far they managed to register just four wins, and they are placed ninth in the table at present. In fact, just the last match-day, they lost against Mainz, and that too at home. Worryingly, Mainz were on a long series of winless performances until they ran into this opponent.

It is also quite a matter for concern that they seldom kept clean sheets this season, and their defense single-handedly can be held responsible for the majority of the points they dropped.

Meanwhile, Freiburg are placed third in the table at the moment, and currently they are trailing just a single point below defending champions Bayern Munich.

Moreover, they need a surplus of just five points to climb level with the toppers, and this gives them motivation to go after wins.

In addition, while they are placed third, the second-placed Bayern Munich and the fourth-placed Hoffenheim will lock horns this game week. At least one of the two will drop points, and this is an opportunity that just cannot be allowed to go to waste.

As things stand, expect a win for Freiburg this Saturday at the Europa-Park Stadion.

Freiburg did lose their latest match-up. But note that it came against the mighty Bavarians, and that too at the Allianz Arena.

Before that the team was on a long unbeaten run – most of which were wins. They also are on a series of superb performances at home, with their only defeat here this season coming against Dortmund.

On the other hand, it’s been eight months for Werder Bremen since they managed to string more than two wins in a row. They are struggling for consistency, and especially so with their defense.

It appears to me that Freiburg have this fixture in their bag.

Tips for Freiburg vs Werder Bremen