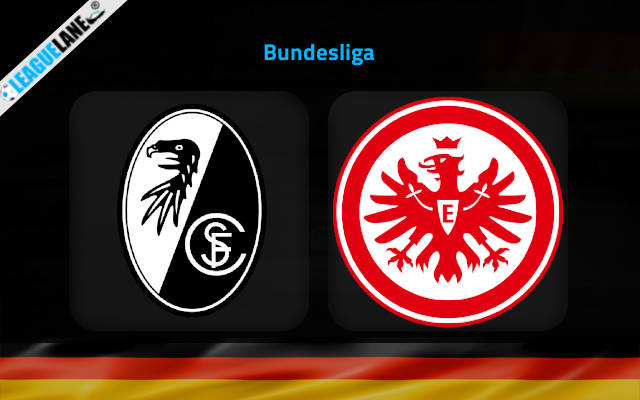 Freiburg left a much better impression so far in the season and it is hard to look past the home win pick at the 2.00 odds here. However, backing goals should be at the top of our betting recommendations here given the recent head to head record and the teams’ recent form.

Freiburg have been one of the most pleasant surprises of the season so far in this term of Bundesliga.

They hold the 3rd position in the league table after eleven rounds of the competition. Christian Streich’s men only suffered their maiden defeat of the season before the international break when they fell 2-1 away at defending champions and current leaders Bayern Munich.

Freiburg have been enjoying a particularly strong form at home where they won three and drew two of five games this term.

They have scored 10 (two goals per game on average) and conceded only four goals in the process.

The hosts will have a great chance to get back on winning ways on Sunday afternoon when Eintracht Frankfurt come to visit Europa-Park Stadion.

Frankfurt did manage to clinch a narrow 1-2 victory away at the rock-bottomed Greuther Furth last time out but it was by no means a good display from Oliver Glasner and his men.

Eintracht allowed the last-placed team register as many as 20 shots against them in the previous round and they only bagged the late winner in the fourth minute of the added time.