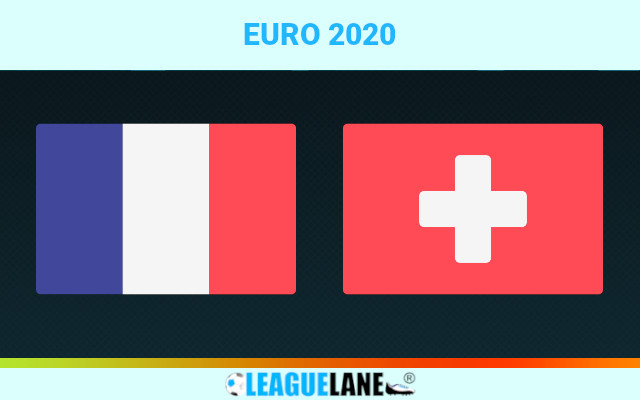 The world champions and the favourites to win Euro 2020 ended up qualifying 1st from their very difficult group which contained both Portugal and Germany.

That is an impressive marker and France were able to beat Germany 1-0 and draw 2-2 against Portugal. They also drew 1-1 against a very dogged and spirited Hungary side. With 5 points from a possible nine that was good enough to have what some would consider a good draw for the first knock out round where they will play Switzerland.

Kylian Mbappe is France’s star player but it is the returning Karim Benzema who has impressed in front of goal the most, and he was brilliant against the Portuguese in the last game. France as predicted have been very good but perhaps their finishing hasn’t always been the best and their match with Germany was a narrow win and they couldn’t find that second goal to beat Hungary, one feels that they will need to up their level in this game.

Switzerland reached the knock out stages of Euro 2020 after finishing 3rd in their group but came in 3rd place out of 6th in the best third place ranking system. They did this by earning 4 points in their group after beating Turkey 3-1. The Swiss also drew with Wales 1-1 but were outclassed against Italy losing that game 3-1.

Lucas Hernandez and Lucas Digne both look set to miss this match but Hernandez will be assessed. Kingsley Coman who has become a staple substitute for the team is being tipped to start because of a tactical change.

Nico Elvedi was a doubt but he has recovered from injury. There are no other injuries and the Swiss will most likely line up just as they did in the group stages.

France vs Switzerland: Head to Head

Switzerland are not pushovers and over the years they have learned to play with a solid back line. The nation now have real experience and whilst nobody expects them to be winning trophies they have become a difficult opponent.

France though are France, we know everything about them, they won the World Cup 3 years ago and reached the European Championship final in 2016, they are in short very consistant. The national side have been more or less brilliant for the past 23 years and there are no signs of that letting up.

France are strong in every department and it would be a real surprise to see them knocked out so early on. It isn’t something we expect but they do have to finish better in front of goal. In the group stages France have been good without being spectacular though the same thing happened at the World Cup, and they won that.

France are 1.50 to win the game but we think they will start quick and fast and the price on them winning at half time looks great. Shocks can happen in football but we don’t expect to see one here and France should win this match with ease, but they will have to work very hard.