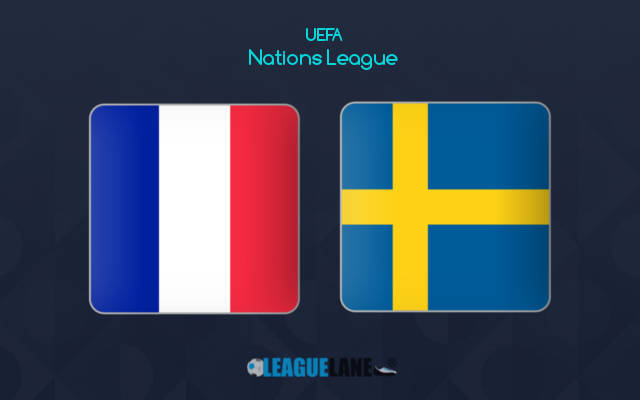 France welcome Sweden for the final group game of UEFA Nations League aiming for nothing less than a win to finish top of the Group 3.

The Les Bleus have a perfect record since they last lost to Turkey in June 2019 and will be looking to wrap up calendar year 2020 with an unbeaten record. The teams managed by Didier Deschamps collected 10 wins and 2 draws from 12 matches played since and arguably the most consistent team in the World at this moment.

The Blues will fight it out with Portugal for a top spot in the UEFA Nations League Group A, both teams level on 10 points after their duel in October ended goal-less.

Sweden on the other hand, are on a poor run of form and lost all four matches in the UNL group stage. They will be going against Croatia on Sunday, a 1-2 loss in the reverse fixture and a similar result could see them relegated from Group A.

Deschamps have a fully fit squad at his disposal, yet he had some selection dilemma and thus the likes of Ferland Mendy (Real Madrid), Nabil Fekir (Real Betis) and Thomas Lemar (Atletico Madrid) missed the final cut.

Meantime, the 23-year old Monchengladbach striker Marcus Thuram earned his first call-up for the national side and he could battle it out with Olivier Giroud and Antoine Griezmann for a place in the starting line-up.

However, changes are hardly expected to the eleven that started and earned positive results in September and October.

The Swedish side miss a few players through injuries and top of the list is the experienced central-defender Pontus Jansson and Ludwig Augustinsson.

Meantime the forwards Sebastian Andersson (FC Koln) and Isaac Kiese Thelin (Malmo) are withdrawn from the final squad due to fatigue and overload.

Even so, Janne Andersson is able to retain the services of his most experienced players with the likes of Sebastian Larrson, Albin Ekdal, Marcus Berg, Emil Forsberg and Mikael Lustig completing the final 23.

Didier Deschamps’ men could manage only a narrow win in the reverse of the corresponding fixture at the Friends Arena in Stockholm in September. The solitary goal came from the boot of Kylian Mbappe, the game also witnessed a missed penalty from Antoine Griezmann.

The result in September helped the Les Bleus to move ahead in h2h stats with 3 wins from 4 games as opposed to a defeat.

More good news for French fans as their team are unbeaten at home against Sweden, 4 wins and 2 draws.

While there is no doubt that France are overwhelming favourites, we may not overlook the fact that that most of their h2h duels are settled by narrow margins.

With the home win offered as low as 1.20, the sports betting enthusiasts are at an advantage if go with a handicap bet for the visitors.

We have already seen how Sweden tormented France in the narrow 0-1 defeat at Stockholm as well as in the 2-1 defeat and win by same margin when the teams met in the qualification round of Euro 2021.

On top of that, defending from the French team is far from perfect and they have kept just 1 clean sheet from the last 4 games.

Therefore, backing Sweden on a -1.5, -2 AH offers best value for punters and odds are pretty decent in the region of 1.75.

I will take the over 2.5 goals full-time along with this since 7 of the last 9 competitive games of the Les Bleus in front of their home crowd saw the same.