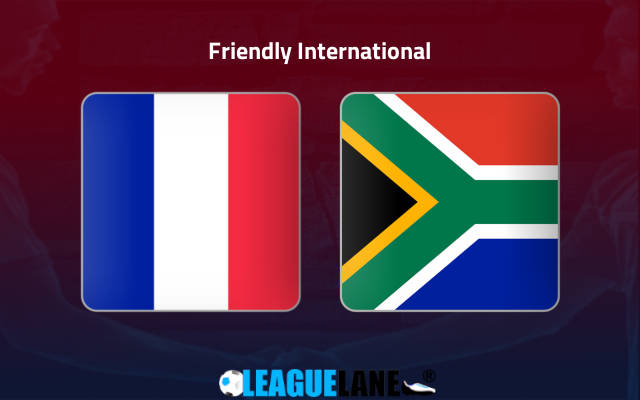 France are kicking into a higher gear, especially with the World Cup around the corner. They are already the defending champions, and are going for the rare distinction of retaining the title.

On top of that, they had also secured the Nations League title just a few months back, and were only unlucky to not have a shot at the Euros.

They had topped their group in the Nations League in style, which included the likes of Portugal and Croatia. They had also topped their Qualifiers group for the World Cup, and had remained unbeaten throughout. In fact, they had let in just three goals in the entire tournament.

Meanwhile, South Africa were eliminated from the CAF Qualifiers for the World Cup in the Second Round, and they had also missed out on qualification to the 2021 Cup of Nations.

Suffice it to say that the French squad are massive favorites this Tuesday – especially so in front of their home crowd.

Moreover, they have an old score to settle as well. Back in the 2010 World Cup, these two squads had locked horns with each other, and then the South Africans had won. Count on Les Bleus to be extra vigilant to avenge themselves for this loss.

France are on a five-fixture winning streak, and they have a combined scorecard of 17-3 in the process. They were unbeaten in 29 of their past 31 fixtures as well, and one of the two defeats during this stretch had come via a penalty shootout.

On the other hand, South Africa lost their latest game, 1-0, against Ghana. They were also winless in seven of their past nine away match-ups, and in the process had gone on a three-game losing streak as well.

Taking into account these observations, expect a win for France this Tuesday at Stade Pierre-Mauroy.

Tips for France vs South Africa