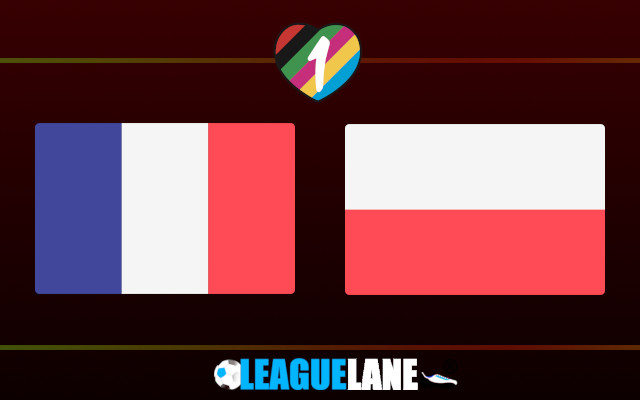 France are heavy favorites when they go head-to-head against Poland in the all European affair in the round of 16 at the World Cup 2022.

Time for France to learn from mistakes

Didier Deschamps may have learned a thing or two after the defeat against Tunisia. Their fringe players are not good enough and complacency is going to cost them dear in defending the title.

The 1-0 defeat to the North Africans did no damage, thanks to the 4-1 win against Australia on matchday 1 which helped them to top spot in Group D

However, it will be the right time to go back to the drawing board and make a few tactical tweaks as they are up against a defensive minded team. Also, remind the players of what happened during the European Championship last summer when a moderate Switzerland struck twice late in the game to knock the star studded Blues out of the competition.

Another tough night in prospect for Poland

Poland have this far managed to pose minimal threat to their three opponents at the World Cup and must consider themselves lucky to have Scenzny in their ranks who single handedly rallied the team to the knockouts on superior goal difference.

The Eagles have far too many problems in the middle of the park and are thus dominated by opponents in each of the three group games.

Creating chances remains a big problem for Czeslaw Michniewicz’s side. This perfectly explains why a lethal striker like Robert Lewandowski is ineffective in the final third.

Their previous meeting at the World Cup dates back to 1982. Poland won the third placed play-off 3-2 after conceding an early first half goal. This remains Poland’s only win against France in as many as eight games across all competitions.

France on the other hand lead the overall h2h against Poland with 4 wins with another three ending in draws.

We cannot see anything other than a French victory inside the regulation 90 minutes with Poland ineffective in possession and defensive throughout the tournament.

Therefore, we will back France to win on a -1.5 Asian Handicap priced at 1.95 and full-time correct score 2-0 to go with it.

Kylian Mbappe who scored three goals in as many appearances is our hot favourite to score anytime here. The PSG striker was on target twice in the 4-3 win against Argentina at the same stage in 2018.