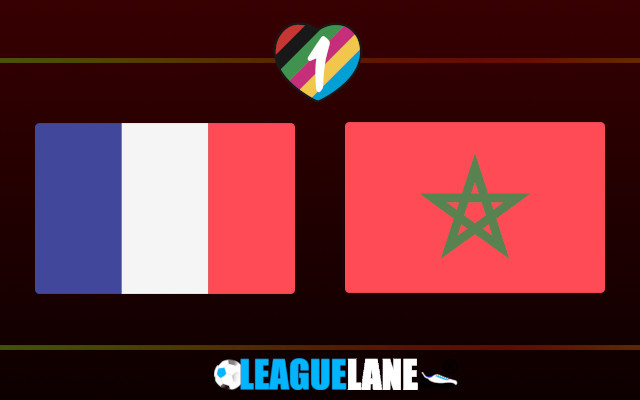 Les Bleus are After a Successive World Cup Double

France have somehow survived the stern England challenge on Saturday as Harry Kane’s missed penalty late in the game sent the defending champions to the semifinal.

Didier Deschamps’ men did not shine at the weekend. They left the impression of putting just enough effort they needed to get the win over the big European rival.

Kylian Mbappe was surprisingly quiet but his attacking compatriot Olivier Giroud stepped up instead of him to bag the second-half winner against the Three Lions.

France now have two of the competition’s top three scorers in the likes of Mbappe and Giroud. They have combined for nine goals and will no doubts represent the main threat to Moroccan goal on Wednesday.

The Atlas Lions are Writing History in Qatar

Morocco became the first African team to reach the semifinal at the World Cup as they stunned Portugal 1-0 on Saturday.

It was another masterclass defensive showing from Walid Regragui’s men. The Atlas Lions have now kept back-to-back clean sheets in the knockout-phase affairs despite facing the likes of Spain and Portugal in the process.

The achievement is even greater if we know they have eliminated Portugal without three of the standard four players in the defensive line (Romain Saiss had to leave the pitch through injury).

Morocco have definitely been the toughest team to break down so far in the tournament but we must take the physical condition of their players into account when analyzing this match against France.

Aguerd and Mazraoui will likely miss out this clash, too, while Saiss’ appearance is beyond questionable. Can Achraf Hakimi, Hakim Ziyech, and company initiate another shock, the biggest one yet?

With all due respect to Morocco and their brilliant achievements at this World Cup in Qatar, it is very hard to expect them shocking the reigning champions here. France are a much more serious rival than Portugal and Spain and we believe fatigue and injuries are going to take a toll for the Africans here.

France to win to nil is our main betting option at the 2.10 odds, while we also have to take the 2.25 odds offered for the tournament’s top scorer Kylian Mbappe to score anytime here.