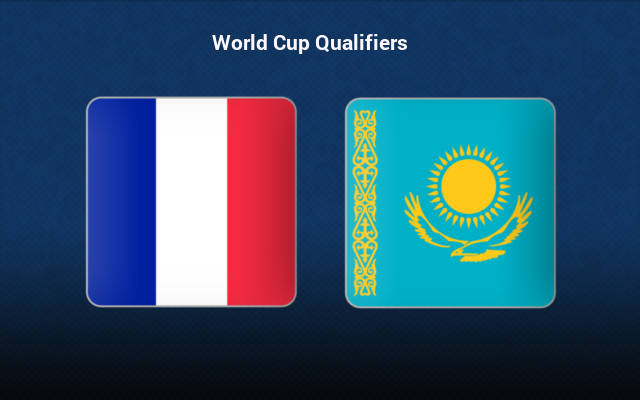 The gulf in quality between France and Kazakhstan is huge and we can hardly predict anything else but a comprehensive victory for the hosts in Paris. Kazakhstan have been pretty easy to break down lately and France certainly do possess firepower to exploit defensive holes in this match.

France have a nice opportunity to lock the top spot in Group D on Saturday evening when they play host to Kazakhstan in the 7th round of the European World Cup Qualifying campaign.

The French team are currently three points clear at the top of the group standings and they have a game in hand on the second-placed Ukraine.

A win over Kazakhstan puts them beyond reach. Didier Deschamps’ men are heavy favorites to get one on Saturday, especially after stellar displays in the last month’s UEFA Nations League final-four round.

Les Bleus saw off both Belgium and Spain to claim the Nations League title a month ago. If we count a 2-0 victory over Finland in the World Cup Qualifications, it is now three wins on the spin for Deschamps and his troops.

Kazakhstan, on the other side, have nothing but pride to play for as they have already lost all hopes of qualifying for the World Cup.

The visitors are the only winless team in the group and this will be their last match of the campaign.

They claimed only three points in seven outings, conceding group-high 12 goals in the process.

Kazakhstan conceded two or more goals in each of the last three qualifiers and they will go into this off the back of successive 0-2 home defeats to the likes of Bosnia-Herzegovina and Finland.

Tips for France vs Kazakhstan