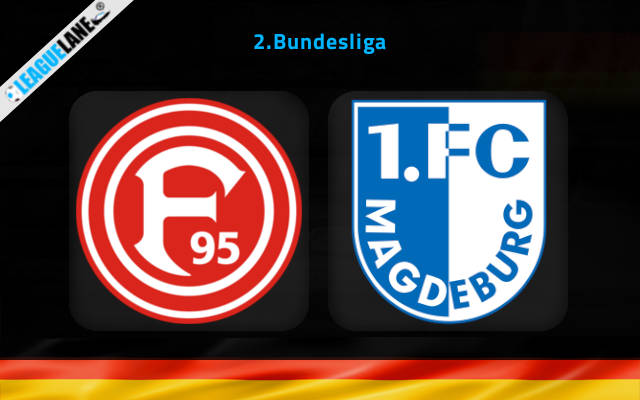 Fortuna Dusseldorf vs Magdeburg Predictions and Free Tips from our expert tipsters when the teams go head-to-head in 2. Bundesliga on Friday, 27 January 2023.

Dusseldorf will take on Magdeburg as 2. Bundesliga will resume after more than two months. The team led by Daniel Thioune played in various friendlies this month and have got positive results from those matches.

On the other hand, Magdeburg have had mixed results from their friendly games this month. They held Polish club Legia to a 2-2 draw recently. Before the break, they played against Bielefeld which ended in a 3-1 scoreline.

Both teams last clashed back in July and the host won that fixture by 2-1. Another interesting fact is that both teams will be playing on this ground after a period of fifteen years.

Who will win the match between Fortuna Dusseldorf and Magdeburg?

Dusseldorf celebrated three consecutive wins at home in their friendlies, this has certainly increased the teams’ confidence before they return to action in 2. Bundesliga.

Looking at the league statistics before the break, the host have a good winning record at home this season. They won four friendly games in the last two months.

At the same time, Magdeburg are winless in six of their last eight away matches. Therefore, we can expect Fortuna Dusseldorf to take all three points from this game.

Both teams were very active during the break and have scored plenty of goals in the friendly games. Do note that both teams last met back in 2008 at this ground. We can expect both teams to score in this match.

The host have scored two goals in their last two victories against this team. Moreover, Dusseldorf won the July fixture of last year. Considering all of this, our first tip is that Fortuna Dusseldorf will win this game– the odd for this tip will be at 1.70 odd.

Also, a good second tip to back this would be on both teams to score – at 1.61. The main reason for this tip is that both teams have scored consistently in their friendly games this month. Also, Magdeburg have scored in their last four away trips.