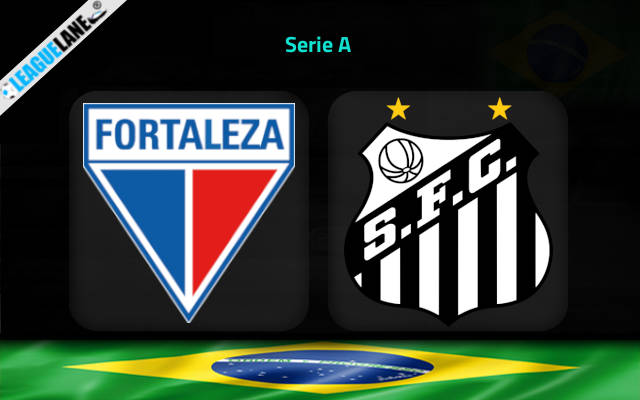 Gameweek 10 of Liga Profesional is set for this weekend as Fortaleza play host to Santos where both these sides differ by 11 points but are separated by 9 places. These two teams will be seen clashing at Castelão, this Sunday.

Santos is at the 9th spot on the standing with 25 points from 18 games. They won 6 times in the league while drew on 7 and lost on 5 other occasions. Things have not been going that well in front of goal for them recently, with the side failing to score in 2 of the last 5 games.

The visitors will go into the match after a 2-0 Serie A win against Botafogo in their previous game. A run of accomplished showings from the Santos defenders has seen their conceding tally standing at 4 from their last 6 clashes. In that same period, the number of goals that they have scored themselves is six.

On the other hand, Fortaleza resides second from the bottom position on the table with 14 points. Of the 18 matches played, they won thrice while having drawn on 5 and have lost on 10 other occasions. They really need to look onto their offensive side as they seems to be lacking finishing quality.

Fortaleza will be looking for an improved result here following a 2-1 league losing effort in their last game against Red Bull Bragantino. Their goals record stands at just 3 against opposition teams over their previous 6 matches. In those games, the hosts have also seen the number of goals that have gone against them come to 8.

Meanwhile, Santos are without a win away from home in their last 2 league games. Three out of their last five visits to Castelão have ended on draws.

We therefore feel that a draw could happen here as both hosts won’t lose that easily at home while the visitors are poor on road.