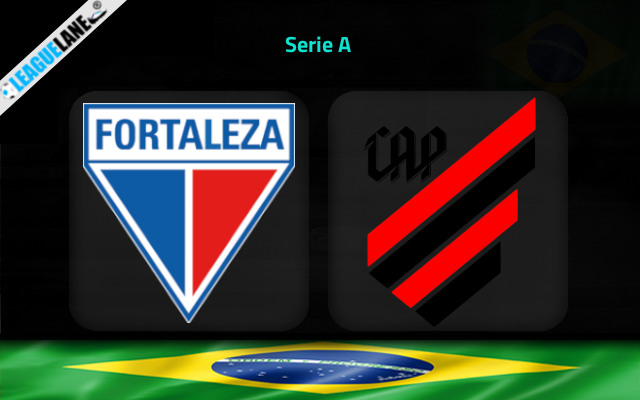 Round 11 of Brazil Serie A is set for this Sunday as the rock bottomed Fortaleza host the second placed Athletico PR. These two sides will be seen battling it out at Castelão.

Athletico PR is at the 2nd spot on the standing with 16 points from 10 games. They won 5 times in the league while drawn once and lost on 4 other occasions. The visitors need only 3 more points to overtake Corinthians for the top spot. They score goals but they concede the same amount indicating their weak defense.

The hosts head into the encounter following on from a 1-3 Serie A win as they beat Juventude in their previous match. In their previous 6 clashes, Atletico PR have helped themselves to a tally of 15 goals while having also scored on each one of those occasions.

On the other hand, Fortaleza resides at the rock bottom closing the 20th position on the table with a mere 5 points. Of the 9 matches played, they won only once in the league while having drawn twice and have lost on 6 other occasions. They have double the conceding figures from their scored ones indicating their dreadful backend.

After winless in 8 league games, Fortaleza won by 2-1 against Flamengo previously. They have been scored against in 5 of their previous 6 clashes, shipping 7 goals along the way. The hosts now need 6 more points to escape the relegation zone.

Fortaleza are without a win since their last 5 home games of which they lost twice. But they have never won a home game this season even though playing 5 games. Things have not been going that well in front of goal for them recently, with the side failing to score in 2 of the last 5 games.

Meanwhile, Athletico PR is on a 4-game unbeaten run in Serie A. They even won their last 2 away games in a row bagging 4 goals in total. The visitors also won 4 of their previous 5 h2h games.

We therefore envisage that an away win or draw is likely to occur this weekend.