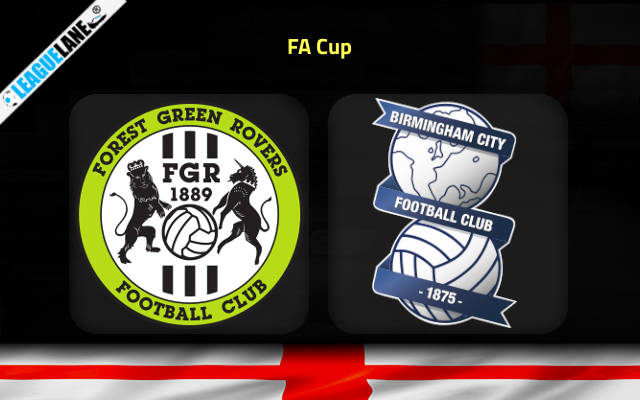 Forest Green vs Birmingham Predictions and Free Tips from our expert tipsters when the teams go head-to-head in the English FA Cup on Tuesday, 17 January 2023.

Forest Green are not having a good season by any means. They are placed bottom-most in the League One, which is the third tier in English football hierarchy, and are in danger of getting relegated.

Meanwhile, Birmingham are part of the Championship, and are placed in the mid-table at the moment. They too have issues with their form, but for sure they are far better than their counterparts for the day.

Birmingham have a superb h2h record against this foe over the years. In fact, they won all of their games in the past decade, and scored in plenty in the process. To put it precisely, they have a combined scorecard of 4-0 from the last two such encounters.

Who will win the match between Forest Green and Birmingham?

Forest Green are placed dead last in the League One, and have the worst goal difference in the competition. They are a prime contender to get relegated at the end of the campaign.

Meanwhile, Birmingham were unbeaten in 13 of their past 20 overall fixtures, and most importantly they have a phenomenal h2h record against this rival. Moreover, they are also in the Championship.

As such, expect Birmingham to secure a win this Tuesday.

Forest Green have a single clean sheet to their name in the last ten games, and conceded twice or more in three of their former five fixtures.

And even though Birmingham have the upper hand here, they too have been conceding in plenty.

In fact, they let in three or more goals in three of their last four match-ups, and conceded twice or more in six of their former eight fixtures. Chances are high for goals to come in huge numbers this Tuesday.

As mentioned before, both teams are struggling with their defense. In addition, Forest Green found the back of the net in their last six games at home in a row, while Birmingham slotted in four goals from the last two h2h clashes combined.

It stands to reason that either team will score goals this Tuesday in this FA Cup fixture.

Birmingham have a perfect winning record in h2h clashes over the years, and they are also part of the prestigious Championship – the second tier of English football. Whereas their counterparts for the day ply their trade in the third tier.

Moreover, Forest Green have been a total disaster this season, and are a prime contender to get relegated to the League Two at the end of the season. Meanwhile, Birmingham have a much better record in the past months – and as such a win for them at an odd of 1.90 is the apt pick here.

Coming to goals though, either team has not been impressing with their defense. Clean sheets have come seldom for these squads, and previous h2h clashes also suggest a trend of goals coming in plenty. Likely, the Over 2.5 Match Goals at an odd of 2.10 appears to be a great second choice.