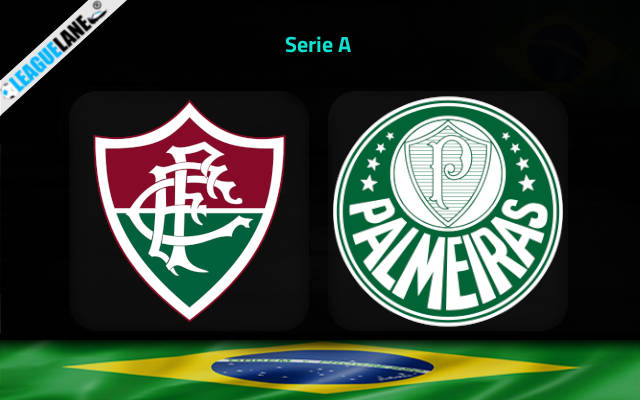 Both Fluminense and Palmeiras need points in their respective battles. The hosts are five points shy of the top-six finish (a place in the Copa Libertadores next season), while the visitors want to continue the chase for the title despite being ten points shy of Atletico Mineiro at the top of the table. This should be a tight game with very few goal-scoring chances at both ends.

Palmeiras will be hoping to extend their tremendous winning streak on Sunday evening when they travel to Rio de Janeiro to battle Fluminense at Estadio Maracana.

The visitors took over Fluminense’s bitter local rivals Flamengo at the second place of the Serie A standings following a run of six consecutive wins in the competition.

Palmeiras are still ten points shy of leaders Atletico Mineiro, though, but they could even dream of the title with the continuation of such a brilliant thread.

The head coach Abel Ferreira can be particularly thrilled with his men’s recent attacking performances.

Palmeiras notched at least two goals in each of the last five victories. They put four goals past Atletico GO in a comprehensive 4-0 victory on Wednesday evening in Sao Paulo.

Thus, we must see Palmeiras as favorites on Sunday against Fluminense, although the hosts have been a tough nut to crack at Estadio Maracana of late.

Fluminense did lose three of the last four league games, but these defeats came on the road. At home, they’ve won the last two matches against Flamengo and Sport Recife.

Tips for Fluminense vs Palmeiras