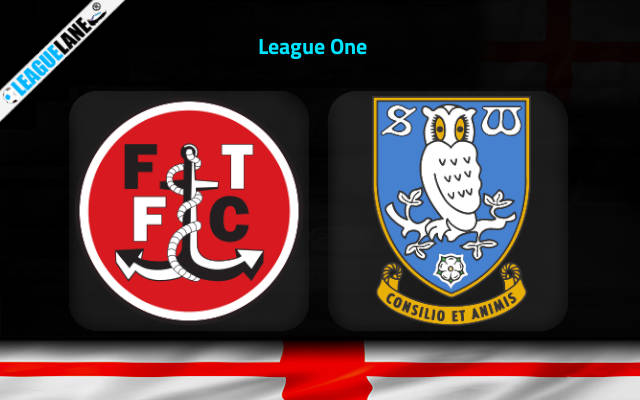 Fleetwood vs Sheffield Wednesday Predictions and Free Tips from our expert tipsters when the teams go head-to-head in League One on Monday, 26 December 2022.

Sheffield supporters are running out of patience as their team are on a three-game winless run. They were held by Oxford last time in a goalless draw. Now they have a good chance to return to winning ways as their opponents are at the bottom half of the table.

At the same time, more than 50% of the matches have ended in a stalemate for Fleetwood. No other team is having such a record in the league this season. They won all three points when they defeated MK Dons last time.

The visitors won this fixture back in April by a 3-2 margin. They are on a two-game winning streak against Fleetwood. They have a good unbeaten record at this ground against this team as well.

The host are yet to win a single game against this team.

Who will win the match between Fleetwood and Sheffield Wednesday?

Sheffield Wednesday will most likely win this fixture. The two main reasons are that the host have not won a single game since 2021 against the visitors. Not to mention that they are unbeaten in the last six outings.

On top of that their opponents lost their most recent home match against Bolton.

This fixture is not a high-scoring one as both teams have only played on two occasions. The only exception for this criterion is that the most recent encounter ended in a 3-2 scoreline.

Both teams have not scored in one of the last two overall head-to-head encounters. The host are yet to score a goal at home this month.

The visitors won this fixture on the last two occasions. Not to mention that they are third in the league. Therefore, the first tip is that Sheffield Wednesday will win this game– the odd for this tip will be at 1.75 odd.

Our second tip is that Under 2.5 goals will be scored – at 1.80. When both these teams played back in 2021 the game ended with only one goal being scored. Also, both teams are not in good goal-scoring form this month in the league.