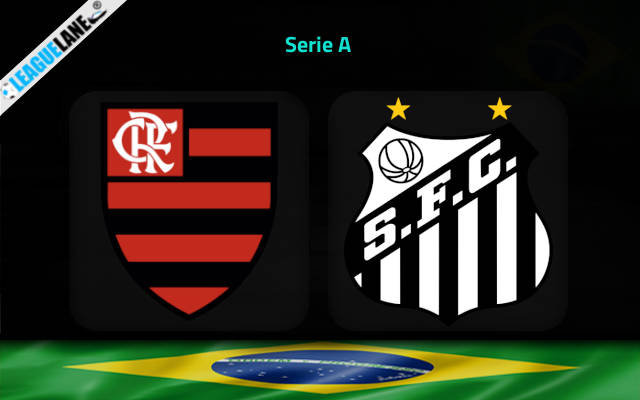 Flamengo will finish second at the end of the season regardless of what happens in the last two rounds. This is why we see a great value in backing the away win pick at the odds of 3.00 here despite recent tradition and Flamengo’s quality.

Flamengo host Santos FC in the penultimate round of the Serie A on Monday evening at Estadio Maracana.

The visitors will be much more motivated to claim the spoils here as they can still theoretically catch the top-eight finish and secure a place in the Copa Libertadores next season.

Santos are currently 11th in the league table. They are three points below the 8th-placed America MIneiro but also only three points above the 15th-placed Cuiaba.

This means that Fabio Carille’s men could thus theoretically lose even the Copa Sudamericana spot in the remaining two matches.

However, if they manage to shock Flamengo on Monday, they will put themselves in a great position with the home fixture against Cuiaba upcoming on the final day.

Flamengo, on the other side, have nothing but pride to play for here. They lost the most important game of the season last weekend, falling 2-1 to Palmeiras in the Copa Libertadores final on Uruguayan soil.

Manager Renato Gaucho left the team straight after the defeat as Mauricio Souza stepped up as the caretaker solution for the club’s final three outings of the season.

Flamengo have no motivation at all here as they will finish as runners-up regardless of what happens in the last two rounds.

Santos FC desperately need points to stay in contention for a place in the Copa Libertadores next season.

Santos FC kept three clean sheets in the last five away matches in the league.

Tips for Flamengo vs Santos FC