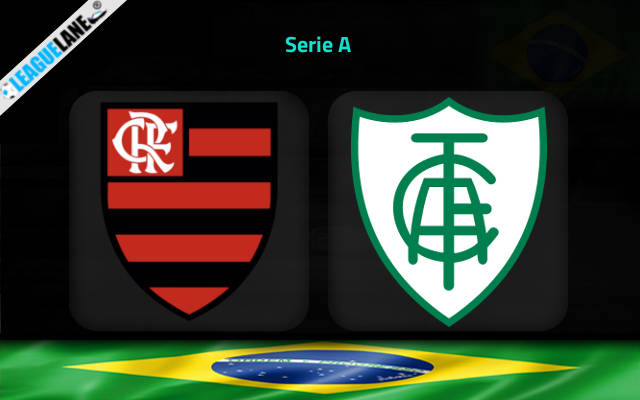 Both these teams are going through poor runs at the moment and are letting in goals in huge numbers. These two are also placed in the bottom half of the table.

Flamengo are one of the only two teams to have lost four of the past five fixtures in the competition. Note that the other team is placed bottom-most in the table. Moreover, Flamengo have also won just a total of just four times all through the campaign.

Meanwhile, America are hanging by a thread over the relegation cut-off, and they too have won just four times in total through the stretch of this tournament. Do also note that they have been on a poor series of performances away from home for the past several months.

By the looks of things, it is expected that either team will let in goals quite in plenty this coming weekend.

Flamengo had lost four of their past five overall fixtures, and they had let in two or more goals in three of these games. Do also note that they had failed to keep clean sheets in two of their previous three appearances at home.

On the other hand, America are on a four-fixture winless run, and three of these were losses. Moreover, they were also winless in nine of their past ten overall games.

Considering these observations, as well as past h2h scorecards, expect a high-scoring affair this weekend between the two teams.

Tips for Flamengo vs America MG