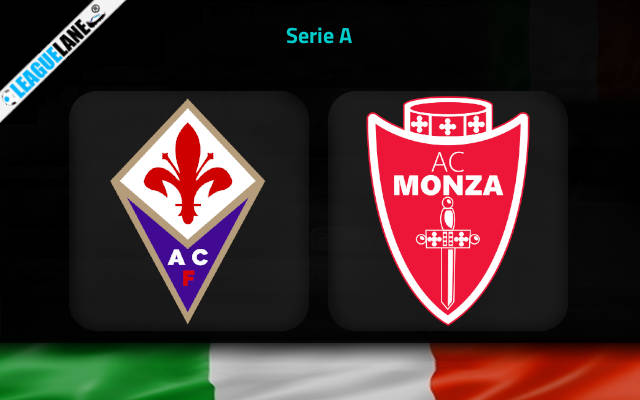 Fiorentina host Monza on Wednesday afternoon at Stadio Artemio Franchi in Matchday No 16 of Italian Serie A.

I Viola terminated a three-win streak with a 2-1 loss at reigning champions AC Milan in the last pre-World Cup game at Stadio Giuseppe Meazza.

Nevertheless, they are still in the top half of the standings, sitting three points above the 14th-placed Monza who have also won two of the last three league affairs in November.

Fiorentina prolonged their fine attacking form in mid-season exhibition outings. They won three and drew one of four checks in December.

The run includes the 6-1 drubbing of Swiss Super League outfit Ligano in the team’s final test before the return of Serie A football.

Monza, on the other side, suffered a tough 1-4 defeat to Torino in their last check seven days ago.

In terms of their league performances, Monza have shown a better form at home than on the road so far in the season.

They thus have one win, one draw, and five losses in seven league fixtures on the road this term, with a 5-14 goal difference in the process.

Monza have improved a lot since the appointment of Raffaele Palladino as the new heads coach in mid-September.

Nevertheless, they will still travel to Florence off the back of three subsequent league defeats on the road and we see them as clear underdogs on Wednesday.

Fiorentina have shown decent attacking form in the recent friendlies. They also have three wins in the last four league outings. Monza have been struggling to get things going on the road so far in the season.