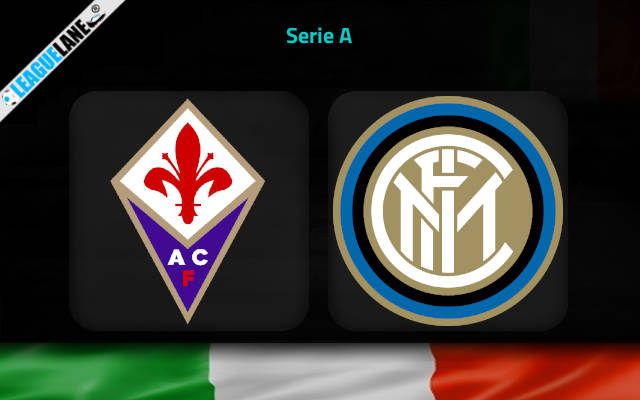 Inter Milan will be hoping to prolong their fine spell of form on Saturday evening when they visit Florence for the Gameweek No 11 tie against Fiorentina at Stadio Artemio Franchi.

I Nerazzurri picked up an easy clean-sheet win over Salernitana in the early fixture of Sunday’s Serie A schedule last weekend.

Lautaro Martinez and Nicolo Barella were on the scoresheet for the last year’s runners-up who got off to a somewhat slower start to the 2022/23 domestic league campaign.

Nevertheless, Inter Milan climbed back to seventh position in the Serie A standings thanks to back-to-back successes against Sassuolo and Salernitana in the last two rounds.

If we add four points from a double header against Barcelona in the UEFA Champions League, we can speak about a very strong spell of form for Simone Inzaghi’s troops.

Inter Milan should have a nice chance to continue it here against Fiorentina who took only a single point in the previous three league matches.

Vincenzo Italiano’s men failed to score more than a goal in the last three outings against Atalanta, Lazio, and Lecce.

It is, however, worth noting that I Viola were a much better team on the pitch on Monday in the 1-1 stalemate away at Lecce.

Inter Milan will enter this tie in much higher spirits on the back of three wins and a draw in the previous four games in all competitions. They have also won four and drawn one of the previous five head to head affairs against I Viola.

Knowing that Fiorentina have not quite been enjoying a marvelous spell of form recently, we can find value in backing the away win at the 2.05 odds. We’ll add spice by going for Inter Milan to win & Over 2.5 goals FT at the 3.10 odds knowing that this matchup has historically produced goals in a regular basis.