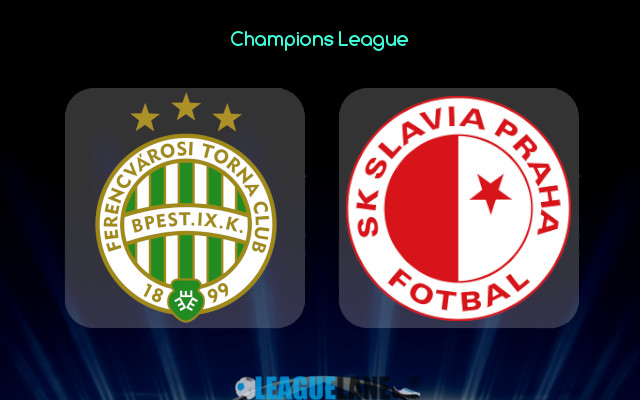 Ferencvaros are looking for back-to-back appearances in the UEFA Champions League group phase. Slavia Prague will be their penultimate obstacle in the process. The first leg of this third qualifying round is scheduled for this Wednesday at Groupama Arena.

Ferencvaros have been impeccable in their quartet of wins in the opening two rounds of the UEFA Champions League Qualifications.

They bagged an impressive total of 11 goals in four victories over Prishtina and Zalgiris, conceding only twice along the way.

They are led by the former Borussia Dortmund manager Peter Stoger and they have sky-high ambitions for this season, following the previous campaign’s appearance in the group stage (the matches against Barcelona, Juventus, and Dynamo Kyiv).

Stoger was, however, not satisfied at all with his team’s performance in the opening round of the new domestic league season.

Ferencvaros were brutally punished for their arrogant approach at the beginning of the title defense quest in NB I, falling 1-2 at home to the likes of Kisvarda.

It should be noted that Stoger did rest some of his first-team regulars at the weekend, aiming to see them shine in this much more important European tie.

Slavia Prague will, however, just begin their European journey for this season in this round.

Unlike their rivals, the Czechs picked up two easy away wins over Zlin and Teplice at the start of their title defense quest in the domestic league.

Ferencvaros and Slavia Prague did not have an opportunity to meet each other in the recent history.

Slavia Prague left a deeper trace in the European competitions in the last several years. They went all the way to the UEFA Europa League quarterfinal last season (elimination to Arsenal). The rock-solid defense is the team’s main weapon as well as chemistry created by the long-term manager Jindich Trpisovsky.

The visitors are favorites for a reason. They should have plenty of room to exploit Ferencvaros’ defensive liabilities (the Hungarian champions shipped two goals to Kisvarda on Saturday) and we will back them to clinch the victory in the first leg at the odds of 2.25.