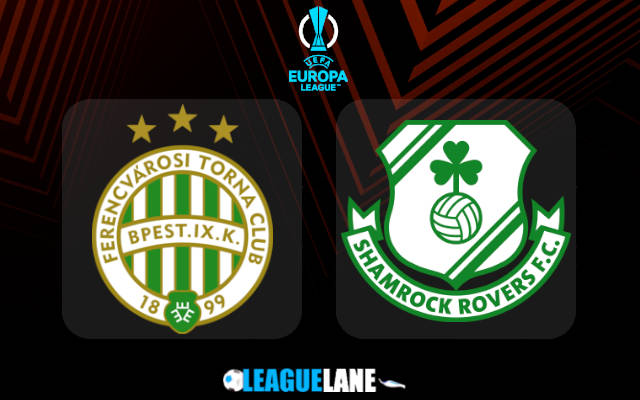 Hungarian champions Ferencvaros are just one more step away from qualifying to the Europa League, which has been their objective for quite some time now. Meanwhile, Irish champions Shamrock Rovers will try their absolute best to hold these rivals, but their form on the road has not at all been impressively lately.

There is no doubt that Shamrock are the top dog in the Irish football scene, but they will be punching above their weight in these types of European fixtures. Moreover, they have the unluck to play this first leg away from home, and their rather poor record on the road tips the scales away from them.

Meanwhile Ferencvaros have been on a mission for quite some time now. They had lifted their league title with a 12-point lead at the end of the campaign and all along they had found the back of the net in plenty.

On top of that, they also have been on a superb stretch of results in front of their home crowd for the last several match-days, and as such, they have built quite some momentum as well.

By the looks of things, it is expected that Ferencvaros will deliver a winning performance this Thursday at theirhome.

Ferencvaros were unbeaten in 27 of their previous 31 overall fixtures and in the process they had gone on separate 5-game as well as 6-fixture winning streaks.

They were also unbeaten in 13 of their past 17 appearances in front of their home crowd, and in the process they had gone a 5-match winning streak as well as another 3-game winning stretch.

On the other hand, the Rovers were winless in 4 of their previous 8 overall fixtures and they had remained so in 6 of their past 12 road trips as well.

Do also take into account the fact that they had let in goals consistently all through this stretch as well.

As things stand, it is expected that Ferencvaros will secure a win in this first leg.

Tips for Ferencvaros vs Shamrock Rovers