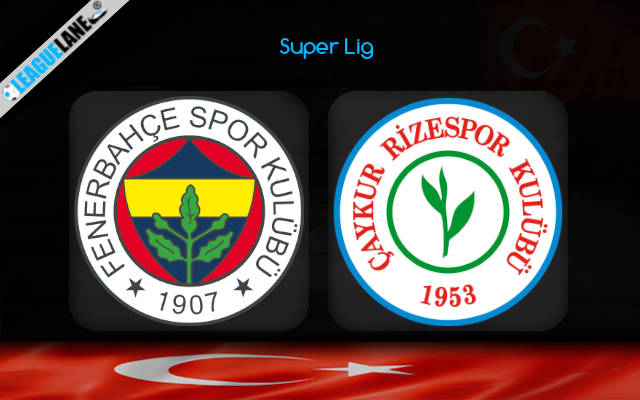 Fenerbahce is at the zone for Europa Conference League qualification while Rizespor is at the bottom of the table in the zone for relegation to 1 Lig. The home team hopes to climb up the table as they invite the guests at Ulker Stadyumu this Sunday. A win is much needed for the visitors in order to escape from relegation.

Fenerbahce is at the 4th spot with 24 points from 14 games. They won 7, drew 3 and lost 4 scoring 20 goals in total while conceding 17. Their previous fixture ended in a 1-1 draw against Goztepe.

They won only once from the last 5 games with 2 draws and 2 losses. They have failed to prevent opponents from scoring in 5 of their previous 6 games, letting in 7 goals during that time.

Rizespor is the last team on the table at the 20th spot. They only have 10 points from 14 games. They lost more games than the won and drew numbers combined, standing at 3 wins, 1 draw and 10 losses. They have the most poor goals to conceding ratio on the table in at 12:27.

They won the last match against Kayserispor by an early second half goal defeating them by 1-0. They have found the back of the net 6 times in the course of their most recent 6 matches. The overall goals that have been scored against them during the equivalent period equals 8.

Caykur Rizespor have lost 7 away matches in a row while the home team lost only once in the 6 matches held at home. Considering previous h2h games, Fenerbahce have also won the last 6 home games against Rize.

We anticipate a victory for the home team as they have won more h2h home games and the fact that visitors have never won an away game this season losing all 7. Although scoring from both sides can be seen, but standing till the very end of 90 minutes is not possible for the visitors considering their recent performance.