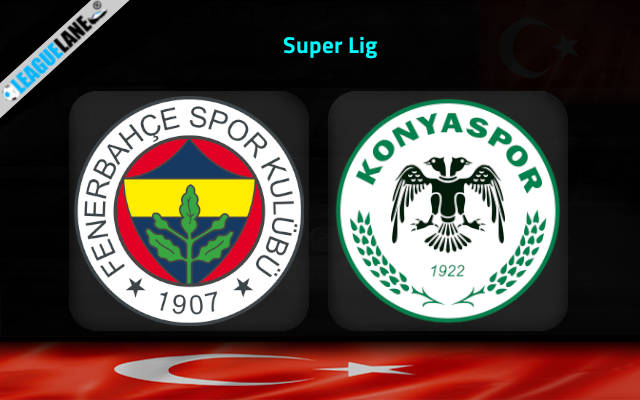 Fenerbahce vs Konyaspor Predictions and Free Tips from our expert tipsters when the teams go head-to-head in Super Lig on Monday, 6 February 2023.

A brilliant performance from Enner Valencia helped Fenerbahce salvage a draw when they played against Adana Demirspor last time. Goalkeeper Altay Bayındır also deserves credit as he stopped eight shots on target. Now, they will play against Konyaspor for their first home game of the month.

Meanwhile, Konyaspor have performed poorly in the last two months and as a result, they have the worst form in the league. They are on a five-game losing streak in all competitions and will likely drop points in their next few matches as well.

Konyapsor have won four of the last seven head-to-head matches against this team. They won the August fixture of last year by a narrow 1-0 score line.

At this ground, it is a different story as Fenerbahce are unbeaten in four of the last five meetings. Since 2020, Konyaspor have won every alternate game against this team.

Who will win the match between Fenerbahce vs Konyaspor?

Konyaspor are going through a bad form in the league presently. The last time they won a league fixture was way back in November. It is true that they have performed well against this opposition in the last two years however, it is unlikely to occur again.

Fenerbahce are second in the league and have won almost all of their matches at Sukru Saracoglu Stadium. This time we can expect them to win this game.

Fenerbahce have scored at least two goals in their last four wins at Sukru Saracoglu Stadium. Also, three of the last four encounters ended with a minimum of three goals being scored.

The situation is serious for the visitors as they have not scored in their last three consecutive games.

Moving on, you can back on Over 2.5 goals to be scored – at 1.65. Fenerbahce are in excellent goal-scoring form. They scored five goals against Kasimpasa in their last home win.