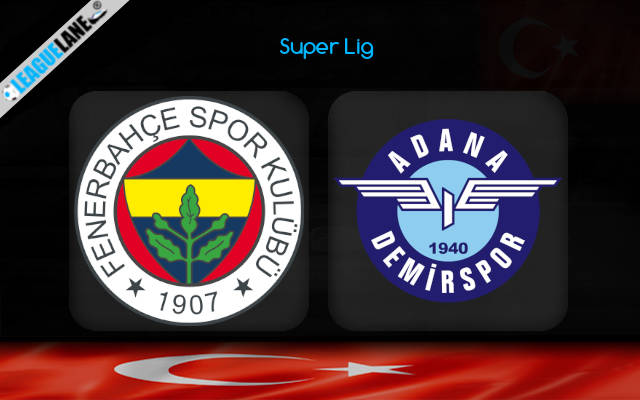 Fenerbahce and Adana Demirspior will close Gameweek No 3 in Turkish Super Lig on Monday evening at Sukru Saracoglu Stadyumu.

This will be the derby of the Matchday based on everything we have seen from these two in-form outfits in the last couple of weeks.

Fenerbahce celebrated a demolishing 0-6 victory over ten-man Kasimpasa seven days ago. Joshua King, Enner Valencia, Emre Mor, and Arda Guler were all on target on the occasion.

King was also on the scoresheet in the mid-week’s 0-2 victory away at Austria Vienna in the first leg of the UEFA Europa League playoffs.

Fenerbahce play aggressive attacking-minded football under new manager Jorge Jesus. However, it is worth noting that they slipped up on the opening day, playing only a 3-3 draw at home to newly-promoted Umraniyespor.

Fener are about to be heavily tested in this match since their counterparts are yet to drop the ball this season.

Adana Demirspor play a similar attacking-minded football at the beginning of the new season. The visitors bagged three goals in each of the opening two rounds’ wins over Giresunspor and Sivasspor.

Vincenzo Montella’s men looked particularly impressive nine days ago when they demolished Turkish Cup winners Sivasspor 3-0 at home, registering as many as 27 shots in total on the occasion.

This will be the game to watch without doubts. Both teams have excellent firepower on display in the final third and both teams are scoring for fun at the beginning of the season.