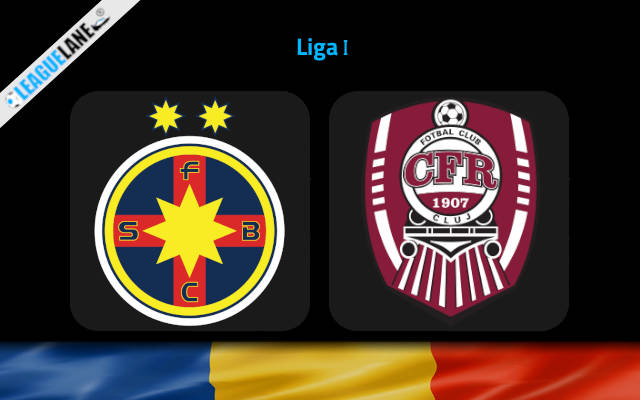 FCSB host CFR Cluj in a super-exciting Romanian Liga I derby on Thursday afternoon at Arena Nationala in Bucharest.

These two teams were separated by only a single point at the end of the last season as CFR Cluj barely won the title despite having a huge 14-point advantage ahead of the Championship Round.

Both teams are inside the top-three in the league ladder after 20 rounds this year, too. The difference is that Farul Constanta are shocking leaders at the moment, sitting three points above second-placed CFR Cluj who have this game in hand, though.

FCSB had a disappointing campaign at the start of the season which is why the team’s board decided to part ways with head coach Nicolae Dica. They appointed his compatriot Leonard Strizu as the new manager.

Strizu has managed to shift the team’s fortunes around immediately. He has taken FCSB to four consecutive victories across competitions since taking charge in late-November.

FCSB have scored as many as 12 goals in these four games, including two unanswered in Sunday’s away victory at Chindia Targoviste.

CFR Cluj will enter this tie off the back of a surprising 1-1 draw at Botosani on Sunday. It was the second subsequent stalemate for the reigning champions who played 0-0 away at Farul Constanta in the group stage of the Romanian Cup eight days ago.

FCSB are still six points shy of Cluj in the battle for the title. They will go into this in the highest of spirits after the recent wins with the new manager in charge.