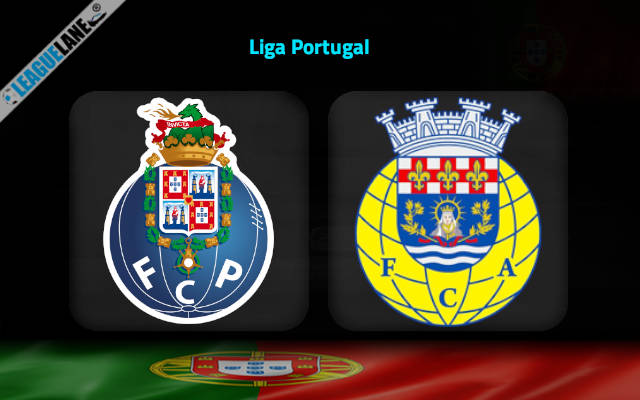 Porto will continue their pursuit for Benfica atop the Primeira Liga standings on Wednesday evening when they host Arouca in Gameweek No 15.

The reigning champions are currently second in the domestic league standings but they are as many as eight points shy of leaders as Benfica have had an impeccable campaign so far in the season.

Nevertheless, there are still plenty of games left to play and Porto certainly have a chance to catch up with the Lisbon heavyweights.

Sergio Conceicao’s men have eased past all three rivals in their respective Taca da Liga group. They won two and drew one of three clashes in the section with Mafrat, VIzela, and Chaves, scoring eight goals over three affairs.

The team’s joint-top scorer Mehdi Taremi was on target in the most recent 2-0 victory over Gil Vicente seven days ago in the second round of the competition.

Arouca were also more than successful in their League Cup adventures. They have reached the third round after eliminating Moreirense 1-2 on the road six days ago. Arouca had earlier topped the five-team group ahead of Feirense, Leixoes, UD Oliveirense, and Santa Clara.

Armando Evangelista’s men currently occupy the 10th position in the Primeira LIga table. However, we must say that Arouca do tend to concede loads against the stronger opponents in the top flight of Portuguese football.

Obviously, the visitors are huge underdogs going into this tie at Estadio Do Dragao.

Porto have been very tough to break down since the beginning of the season and they have not conceded a goal to Arouca in four successive head to head affairs.

FC Porto to win to nil is the way to go at the 1.61 odds, while we also like the 1.95 odds offered for Mehdi Taremi to score anytime for the hosts.