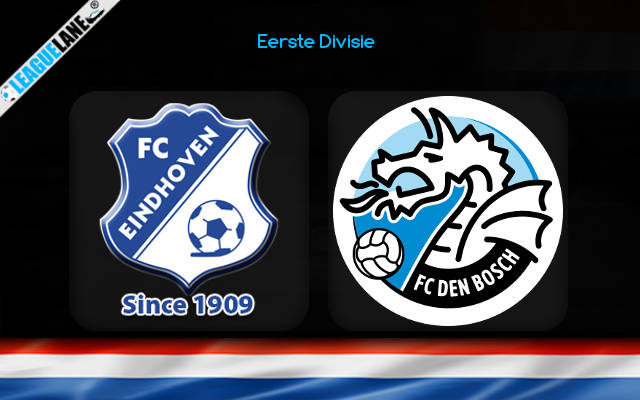 FC Eindhoven vs FC Den Bosch Predictions and Free Tips from our expert tipsters when the teams go head-to-head in Eerste Divisie on Monday, 16 January 2023.

Eindhoven have been one of the most consistent teams in the Eerste Divisie this season, and particularly at home. Barring a defeat against the in-form Venlo, they have a 100% unbeaten record at this venue.

Meanwhile, Den Bosch are the worst in the league based on recent form. They lost the last four fixtures in a row, and also conceded the most number of goals in the competition.

Eindhoven won the reverse fixture 1-3 on the road, just four months back. They also are on a four-game winning streak against this opponent, and have lost just once at this ground since 2009.

Who will win the match between FC Eindhoven and FC Den Bosch?

Eindhoven are going after a podium finish, and have been one of the very best teams at home. They also have a phenomenal h2h record against this rival over the years.

Meanwhile, Den Bosch are on a four-fixture losing streak, and are letting in goals in huge numbers. In fact, they let in the most number of goals in the competition. For sure, the hosts Eindhoven are the favorites to deliver the win this Monday.

As mentioned before, Den Bosch have the worst defense in the league. They let in four goals in their latest league game, and conceded twice or more in four of their past six overall fixtures.

They have also conceded in huge numbers over the years in h2h encounters. It appears that we are about to witness a high-scoring affair.

Den Bosch failed to score in their last two fixtures on the road. Meanwhile, counterparts Eindhoven kept clean sheets in two of their last four appearances at home, and in three of their former four h2h clashes.

Chances are high for goals to come from either end of the pitch.

Eindhoven are in fine form, and are going after a top-three spot. They are at home, and have an unbeaten record barring a single loss. Do also note that they have a superb h2h record against this rival over the years.

Meanwhile, Den Bosch lost their last four games in a row, and have been a mess on the road all through the campaign. As such, Eindhoven to Win at an odd of 1.67 is the optimal tip for this Monday.

On that same note, the hosts are expected to score at least twice against this struggling defense. The previous h2h meetings also show a trend where Den Bosch concedes in plenty. And the odds for that to happen are placed at a promising 1.67.