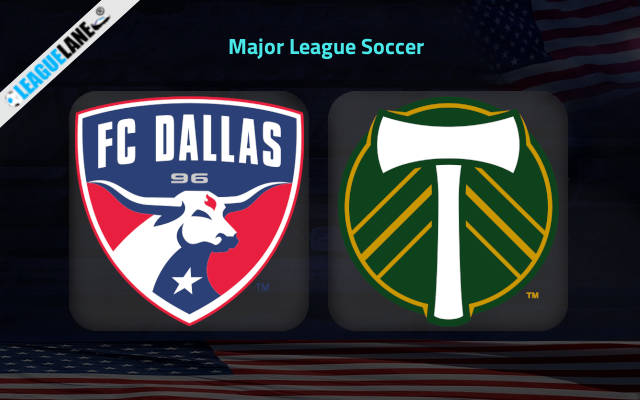 FC Dallas and Portland Timbers have both managed their inaugural wins of the 2022 MLS season last weekend.

Dallas found two late goals within the final five minutes to beat Nashville 2-0 in Frisco. The first came from the spot, while the second was a product of a magnificent solo run by record-acquisition Alan Velasco who showed his outstanding skills to dribble past Nashville’s defenders and finish the action with a beautiful goal.

The team led by Spanish manager Nico Estevez will now be highly motivated to back up this win on Saturday afternoon when they host last season’s MLS Cup runners-up Portland Timbers at Toyota Stadium.

Nevertheless, it will be easier said than done since the Timbers are yet to suffer a defeat in this term of the competition.

The visitors saw off section-leaders Austin FC 1-0 seven days ago at Providence Park thanks to Bill Tuiloma’s header.

Giovanni Savarese’s men were close to snatching the first win a fortnight ago when they conceded a late stoppage-time leveler in a 1-1 draw against Los Angeles FC at Banc of California Stadium.

Savarese was satisfied with the strong defensive effort his squad have out up last weekend to inflict the first loss of the season on Austin FC, leaving them scoreless also for the maiden time in this campaign.

All of Dallas’ three MLS clashes in this term ended with fewer than three goals scored. Since Portland Timbers will also come into this on the back of a narrow 1-0 win over Austin FC, we have reasons to expect a low-scoring scenario on Saturday evening at Toyota Stadium.