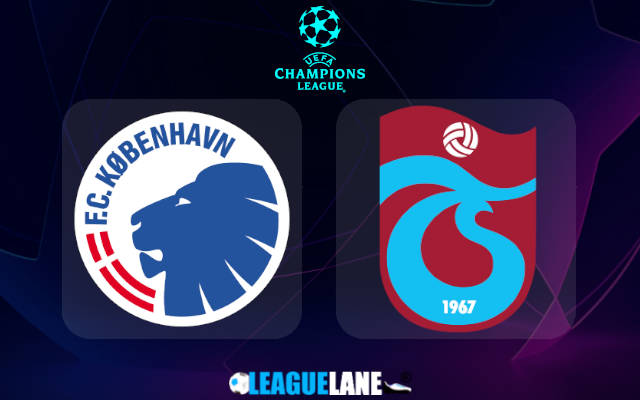 FC Copenhagen return to European competitions after conceding as many as eight goals over two legs in the last 16 round of the UEFA Europa Conference League to PSV Eindhoven last year.

The Danes will meet Turkish champions Trabzonspor in the playoffs for the UEFA Champions League.

Both teams were free in the previous qualifying rounds. They both showed decent attacking form in the recent domestic games.

Although they lost two of the inaugural three Superligaen matches, FC Copenhagen boosted up the confidence by netting four goals past Brondby nine days ago.

On the other side, Trabzonspor won the Turkish Super Cup by beating Sivasspor 4-0 and then went on to open the new Super Lig campaign with a 0-2 victory away at Istanbulspor.

Head coach Abdullah Avci can be pleased with how his team’s defensive line looks at the beginning of the season.

Nonetheless, Trabzonspor are yet to be seriously tested right here when they travel to the north of the continent to take on the Danish champions.

FC Copenhagen have a much broader experience in European competition and it may represent a huge advantage for them in such an important affair.

We should not forget that FC Copenhagen played the UEFA Europa League quarterfinal in the 2019/20 season when they fell to Manchester United after extra-time.

However, looking at how easy they have been to break down at the beginning of the season in the elite class of Danish football, we would by no means be surprised to see the visitors on the scoreline on Tuesday.

FC Copenhagen have to be considered favorites on the home patch, especially with the mentioned European experience to back them up against this opposition.

However, since the hosts have conceded way too many goals in the inaugural five rounds of the new Superligaen season, we also lean towards the Both Teams To Score bet at the odds of 2.00.