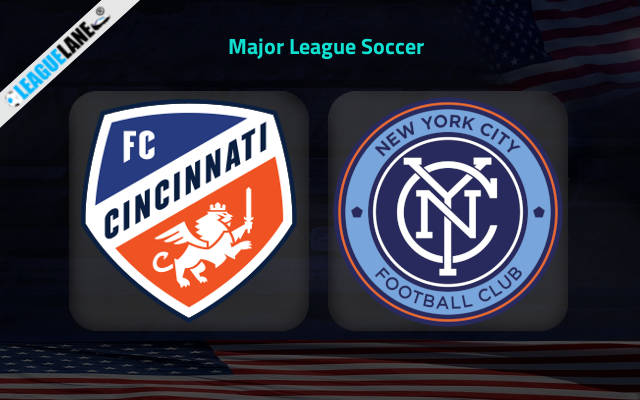 New York City have been one of the best teams in the conference and are rightfully placed second in the table.

Only one other team has scored more goals than them in the East and only one other squad has conceded fewer than them as well. Do also take into account the fact that they have a fixture in hand.

However, their most recent performances have been slightly worrisome for their fans and particularly on the road their defense has not been up to the mark. This has led to them conceding goals quite a few in the past few weeks.

Likely, they are desperate to get back into their groove and start winning again. And they have an excellent opportunity coming up.

This Thursday they are pitted against the inconsistent Cincinnati, who have dropped quite a many points in the last few matchdays. Moreover, they also have a poor head-to-head record against this club from the capital.

By the looks of things expect a victory for New York City this Thursday.

Cincinnati were unbeaten in 3 of their last 4 overall games they had also lost 3 of their past 6 matches. Do also take into account the fact that they have won just thrice at this venue since September of 2021.

On the other hand, their counterparts New York City where unbeaten in 12 of their previous 14 overall matches, and they had won 6 of their past land fixtures. On top of that they also have a dominant head-to-head record against this rival over the years.

For these reasons expect New York to post the 3 points on report this Thursday.