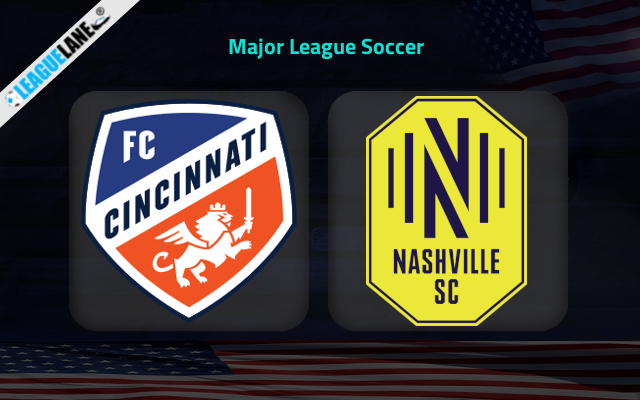 FC Cincinnati are currently at the seventh spot of the Eastern Conference table. They are having an average form so far this season. The frequent recording of a negative display is what affecting them. Their defensive line-up also looks displeasing while the offensive side seems to have an average momentum.

Meanwhile, Nashville had an average start to this season. They have maintained the same further and are seen mostly inconsistent so far this campaign. Their offensive and defensive line-up also looks to have an average form. Anyways, they have managed to occupy a safe zone spot at present.

Cincinnati recorded a 2-0 defeat against Columbus Crew on the road in their most recent league fixture. With that defeat, they ended up a streak of six unbeaten games in the league at present. Their current improving form might be fueling them to return back to the unbeaten run.

We can see Cincinnati recording decent displays at home of late. They have managed to remain unbeaten in each of their past four to wove a thread to follow. Their defensive side is the negative factor affecting the smooth run at home.

On the other side, Nashville recorded a 1-2 defeat at home against Los Angeles FC in their most recent league fixture. It was their second defeat in the past three league outings.

Nashville have an average form while playing away from home lately. However, they lost to the newcomer Charlotte in their most recent away clash by leaking four goals while scoring one.

Considering all the above stats, we are expecting FC Cincinnati to record their first win against Nashville this Sunday.