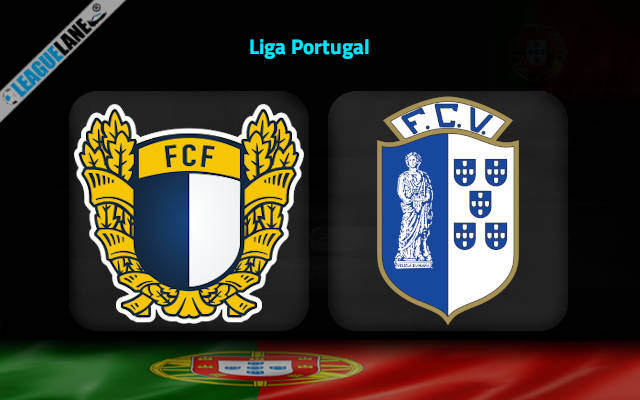 Famalicao vs Vizela Predictions and Free Tips from our expert tipsters when the teams go head-to-head in Liga Portugal on Friday, 6 January 2023.

Famalicao started their campaign on a rather slow note, but lately they have been on a mission to make amends. They are also performing much better at home.

Meanwhile, Vizela are riddled with inconsistent results, and on the road they have been in deep mess. To make matters further complicated, they have a poor h2h record against this rival.

Famalicao have been on an unbeaten run against this rival since 2016, and the last they failed to find the back of the net in such a fixture was back in 2013.

They also have a perfect winning record at home in such games since 2014, barring a single draw.

Who will win the match between Famalicao and Vizela?

Famalicao are determined to climb higher in the table, especially after the points they dropped earlier in the campaign.

They will count on their consistent performances at home over the course of the past few months, and their dominant h2h record over these opponents.

Only once have the hosts failed to score at this venue since September, and they even went on a three-game winning streak during the stretch.

Meanwhile, Vizela have a habit of taking part in high-scoring affairs, for which their defense has been hugely responsible. Note that they let in four goals in their latest road trip alone.

As such, expect goals in huge numbers.

Will Both Teams Score in the Match?

Chances are rather high for this to happen. Famalicao might be favorites, but they have not been defensively solid at all this season.

Famalicao have a good h2h record against this foe over the past season, and currently they are in great form too. They have been delivering good results at home lately, whereas Vizela have been struggling on the road.

At the same time, they are yet to be defensively strong, and Vizela are desperate. Both Teams to Score @ 2.00 is a great value pick as such.