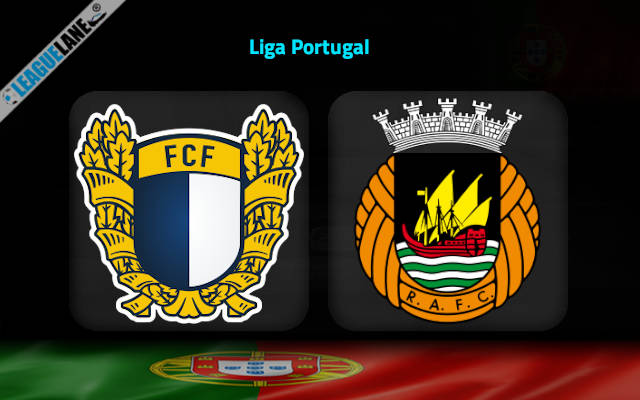 Famalicao vs Rio Ave Predictions and Free Tips from our expert tipsters when the teams go head-to-head in Liga Portugal on Sunday, 22 January 2023.

With four wins from the last five fixtures, Famalicao are currently considered as one of the best teams in the league. And their immediate objective would be to climb into the top half of the table.

Meanwhile, Rio Ave are totally winless in the league after the World Cup, and they have a single win on the road all through the campaign. On top of that they are also a recently-promoted squad.

The latest encounter ended in a 0-1 win for Famalicao on the road, and they actually have a 100% unbeaten record against this opponent in the past decade in league fixtures. It is also to be taken into account that not once have Rio kept a clean sheet in h2h meetings.

Who will win the match between Famalicao and Rio Ave?

If not for running into Porto, Famalicao would have made it five wins from the last five games. Anyhow they are determined to make amends, and will try their best to take full advantage of this clash – where they are pitted against a struggling opponent.

Rio Ave were promoted to the top flight at the end of the last season, and so far they have been finding it hard to rise to the level of the Liga Portugal. Particularly on the road they have been a failure, and on top of that they have a poor h2h record against this rival over the years.

Likely, count on Famalicao to register a winning performance this weekend.

One major fact to be noted about past h2h clashes is that goals have always come in plenty. In fact, six of the last eight h2h meetings had goals from both teams, and Rio are still searching for their first clean sheet in such games.

As such, chances are quite high for goals to come in huge numbers this Sunday.

For all their heroics, Famalicao failed to keep a clean sheet in their last three fixtures, and they failed to do so in 11 of their past 14 appearances at this venue. Also, only twice have Rio failed to find the back of the net in road games since August.

It appears that the possibility is quite huge for goals to come from either end of the pitch.

Famalicao are currently one of the best teams in the league – such has been their recent form. They also lost just thrice at this ground in all competitions since April – and these three defeats came against Sporting, Braga, and Benfica – some of the absolute best teams in Portugal.

On the other hand, Rio have a poor h2h record against this rival, and they also have a 100% winless record on the road in league fixtures since April – barring their clash against Arouca.

As such, Famalicao to Win at an odd of 2.20 would be the logical pick for this weekend fixture.