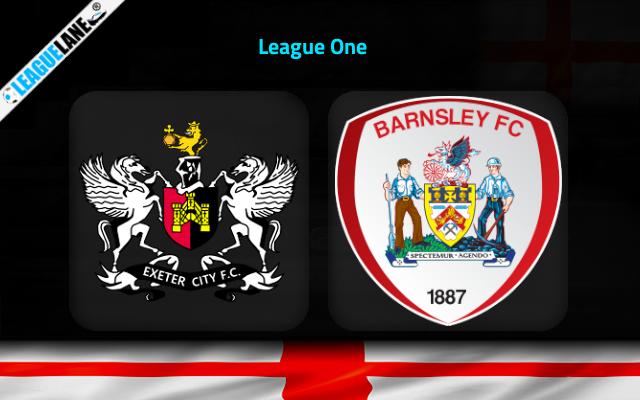 Exeter vs Barnsley Predictions and Free Tips from our expert tipsters when the teams go head-to-head in the England League One on Tuesday, 24 January 2023.

Barnsley have been going through an inconsistent form lately. However, they are still inside the safe zone and are in possession of a decent offensive and defensive side.

Meanwhile, Exeter is currently on a two-game winless streak and have dropped into 12th position in the league standings. They are also having a winless form at present.

They have only met once so far and it was in the reverse fixture. The match ended in a 0-2 win for Exeter.

Who will win the match between Exeter vs Barnsley?

Exeter is on a four-game winless streak at home. It is worth mentioning that three of them were draws.

On the other side, Barnsley was unbeaten in three of the past four road trips. They won two of those.

By the looks of things, expect a pleasant day for the traveling supporters on Wednesday at St James Park.

The past four matches of Exeter at home were low-scoring affairs. Also, five of the last six away matches played by Barnsley had under 2.5 goals ft.

In fact, only 40% of the matches played by these two teams saw the landing of over 2.5 goals ft option. Therefore, we expect this match to have goals under 2.5 ft.

Exeter have failed to score in two of the last four home matches. Such a weak attacking display at the safe zone of Exeter will count much against a team like Barnsley. For the above reasons, we expect a one-sided affair here.