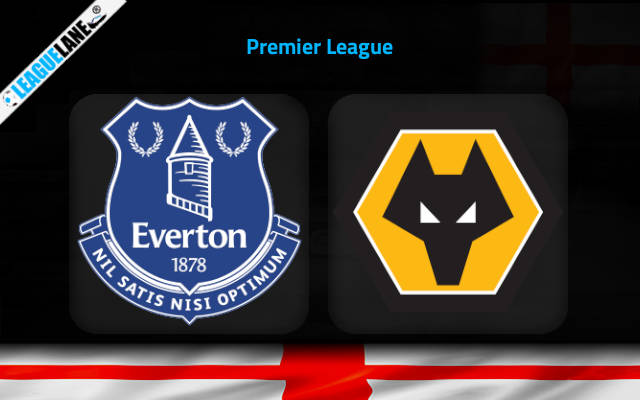 Teams with the two worst attacking records in this term of the Premier League will lock horns on Monday afternoon as Everton play host to Wolves in Matchday No 17 at Goodison Park.

The two outfits are separated by four points down in the relegation scrap and we have to underline the importance of this game for both managers.

The hosts are just above the red zone with 14 points from 15 games but they have only won 3 of 15 league outings so far in the season.

Frank Lampard’s men failed to find the back of the net in the last three league matches, including the back-to-back defeats to the likes of Leicester and Bournemouth.

They did bag five goals past Western Sydney Wanderers in the Sydney Super Cup clash back in late-November but such a performance will count for little when they come back to the domestic league schedule.

Wolves have made a big change after a dreadful start to the season. They finally appointed the new manager, hiring Julen Lopetegui as a potential savior.

He was not satisfied with a discouraging display in a 2-0 win over League Two strugglers Gillingham on Tuesday evening in the League Cup).

Wolves sit at the very foot of the Premier League table with just 10 points from 15 games and only 8 goals scored in the process.

This is a big game for both teams who have generally been struggling badly to create chances in the first part of the season.