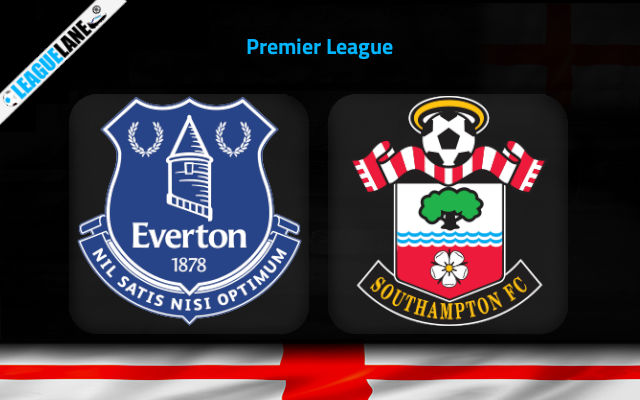 Rafael Benitez is set to make his official Everton debut on Saturday afternoon when they Toffees play host to Southampton in the first round of the new Premier League campaign.

Rafael Benitez called Everton “a small club” during his tenure at Liverpool. He has now taken over Carlo Ancelotti at the helm of the blue Merseyside squad and has a lot to do to make amends for such a statement.

We all know Benitez as one of the defensive masterminds. Tightening up the Toffees leaky defense will be his primary task.

Benitez has done a fantastic job on the defensive end in his previous Premier League adventure with Newcastle United.

The first match of the season certainly does provide him with a nice chance of a clean sheet given the fact that Southampton come to visit the Goodison.

The Saints have lost their talisman Danny Ings this summer (went to Aston Villa) and they could struggle badly to deliver the goods without a skipper in the final third.

Even with Ings in the squad, Southampton had a devastating finish to the previous Premier League term.

No other team (including Sheffield United) took fewer points than them in the last 25 outings of the last season.

The Saints had a dreadful 19-43 goal difference on travels last time out and we can hardly predict them getting off to a victorious start to the new campaign against highly-motivated Toffees who are set to shine under the new manager.

Both outfits struggled in their final pre-season games. Everton fell 4-0 at Manchester United (without Dominic Calvert-Lewin in the starting lineup), while Southampton lost 1-3 to Athletic Bilbao.

We are very much tempted by the home win pick at the 1.90 odds, while you can get the same odds for the Under 2.5 goals FT bet. Remember, none of the last three H2H outings between the two teams saw three or more goals scored.