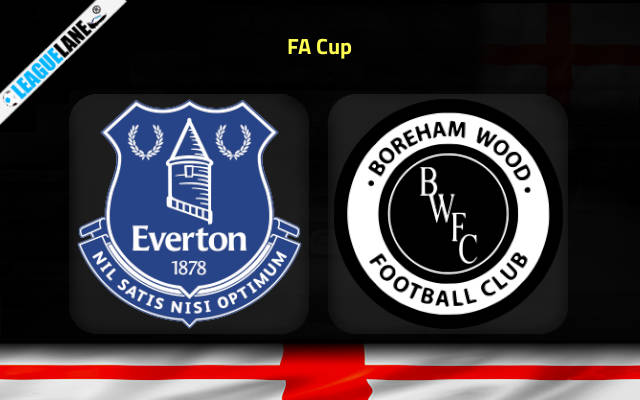 Everton are on the verge of the relegation picture in Premier League. They are not pulling up any trees on the league. Their inconsistent form in the league is evident in their recent league results. League case apart, they are having a fine run at the FA Cup fixtures.

They have managed to record a stunning 4-1 win over Brentford in their previous FA Cup fixture at home. Following such a motivating knockout stage win, Everton will enter this fixture with highest of spirits.

On the other side, Boreham Wood recorded a 0-1 win against Bournemouth in their previous knockout fixture of FA Cup. They have been enjoying a decent spell of form in the FA Cup campaign so far.

Analyzing the above stats, we expect a win for Everton as they looks to have enough strength to beat Boreham Wood considering the differences between them in quality. Therefore, we expect one-sided affair at Goodison Park on Thursday.

Everton will enter into this fixture on the back of their previous FA Cup win over Brentford at home. With the aid of home ground advantage, they will be hoping to advance it into the quarter-finals of the FA Cup by sealing a comfortable win over a rivals like Boreham Wood.