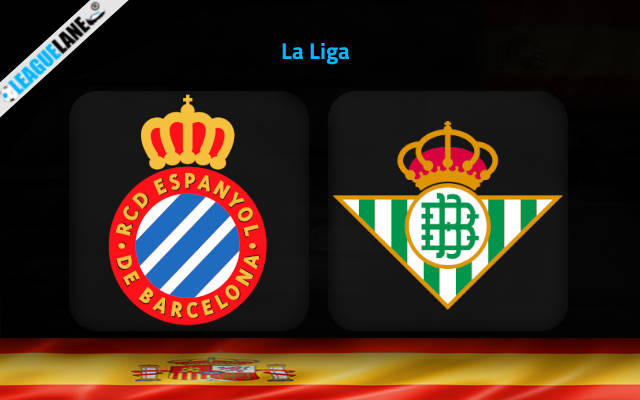 Penalties eliminated Real Betis from two different competitions in the last ten days. Interestingly, they drew 2-2 after the extra-time against both Barcelona in the Super Cup and Osasuna in Copa del Rey.

Manuel Pellegrini’s men will return to the league duties on Saturday afternoon when they will try to rebound from the recent failures with a victory over Espanyol in the 18th round of the competition.

Chilean manager will have a lot of work to do to fix the ongoing issues with his team’s defensive line.

Betis have been one of the best defensive teams in Spanish top flight so far in the season but they have failed to keep a clean sheet in any of the previous four outings across competitions.

Los Beticos’ back line will be under a big pressure on Saturday against Espanyol who have notched two goals in each of the previous two league affairs.

Espanyol managed to pick up a huge 1-2 victory over direct relegation rivals Getafe last weekend on the road.

It was only the third win of the season for the team led by Diego Martinez. The Budgerigars are now in the safe zone but still just one point above the relegation area.

The look at Espanyol’s home record is not encouraging for their fans because Martinez’s troops have only managed to claim one win in eight league affairs in front of the home crowd this term.

Real Betis allowed two goals in each of the last two matches and they have failed to keep a clean sheet in any of the previous four outings across competitions.

Espanyol have rarely kept things quiet at the back since the beginning of the season. We will take the Both Teams To Score as the main betting option at the 1.90 odds.