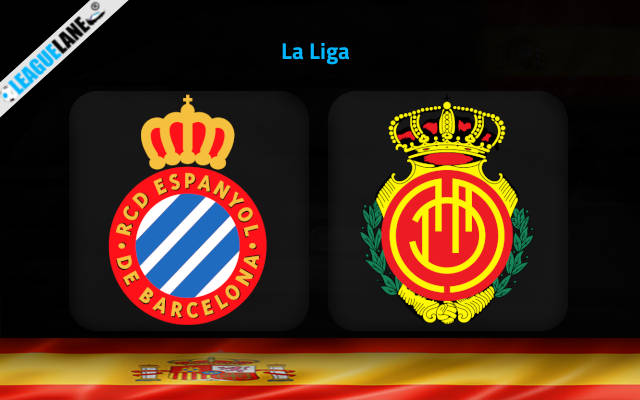 Mallorca are easily the absolute worst team in the whole of La Liga at the moment. They are on a long losing streak, and are conceding goals in huge numbers.

They also have a surplus of just two points over the relegation cut-off, and if they keep up this charade long enough, they will find themselves in the Segunda at the start of 2022-23.

Meanwhile, Espanyol too have had issues of their own – but not as extreme as that of their counterparts for the day.

They have been far better in terms of consistency, and they have also been finding the back of the net in a much more impressive rate.

Moreover, they also have a great h2h record against this rival at this venue, over the past seasons.

As such, expect Espanyol to have the upper hand this weekend at the RCDE Stadium.

Espanyol were held to a 1-1 draw the last match-day, by Levante. However, they were unbeaten in four of their past five overall fixtures, and the sole defeat during this stretch had come against reigning Europa League champions, Villarreal.

They had also won eight of their past twelve appearances at home, and they have lost just thrice at this stadium during this league campaign.

On the other hand, Mallorca lost 0-3 at home the past game week, against Real Madrid. They are also on a five-match losing streak, and they had let in a total of 12 goals in the process.

Taking into account these observations, and past h2h stats at this venue, expect a win for Espanyol this Sunday. And considering the poor form of Mallorca, anticipate goals in plenty too.

Tips for Espanyol vs Mallorca