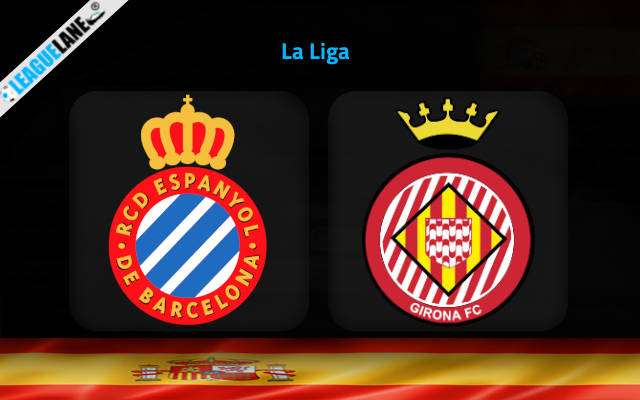 Espanyol vs Girona Predictions and Free Tips from our expert tipsters when the teams go head-to-head in Spanish La Liga on Saturday, 7 January 2023.

Espanyol are on a long stretch of poor performances. Not only are they struggling with their defense, but with just a single win to show for, they have been one of the worst teams at home.

Meanwhile, Girona are one of the most consistent teams in the whole league. After a slow start, they are now on the rise along the table. It goes without saying that they are going after a top-seven finish.

The latest encounter ended in a 1-0 win for Girona. Not just that, they have a perfect winning record all through the ongoing 2020s decade.

And it is of special significance that they have a 100% winning record at this venue in the 21st century.

Who will win the match between Espanyol and Girona?

This is quite an obvious pick. Girona have shown discipline and determination to climb into the top-most tier of the table.

They are in great form, and they also have a strong h2h record against this struggling Espanyol side.

Not once have the hosts Espanyol kept a clean sheet at this venue in h2h clashes. Add to that the fact that only once have Girona failed to score on the road – and it was back in August 2022.

Considering the sorry state of the hosts, the expectation is that goals are to come in plenty this weekend.

In spite of all their performances, Girona are yet to post a clean sheet in any competition this season. Moreover, they conceded two or more goals in every single one of their games after the World Cup break.

The Both Teams To Score looks like a promising wager this Saturday.

Girona are a great value pick to win the game, placed at 3.25 odd. They are consistent, and have a great h2h record against this opponent. In fact, they have a 100% winning record at this stadium in such clashes over the last two decades.

However, their defense has not been up to the mark in 2022-23, and it has been even problematic in road fixtures. Despite them having the upper hand, a clean sheet looks unlikely. As such, Both Teams to Score at 1.80 is an optimal choice.