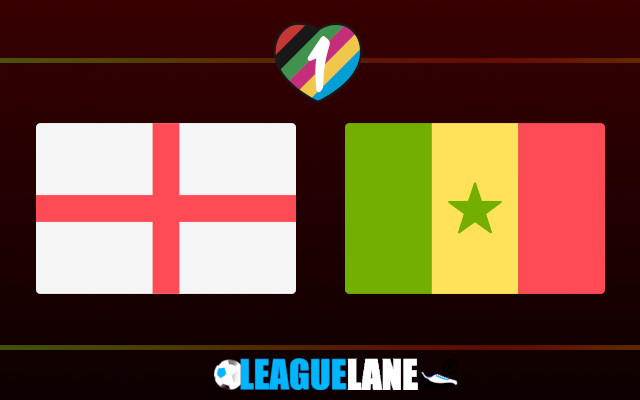 Our tipsters are backing England to cruise to a comfortable victory in the round of 16 clash against African champions Senegal on Sunday night.

England did not have any troubles topping Group B ahead of the United States. The Three Lions took seven out of nine possible points with commanding wins over Iran and Wales in the process.

Gareth Southgate’s men did not look great in the second round against the United States in a match in which they failed to register a single clear-cut chance.

Southgate mixed up his lineup to give rest to some of the players in the third round against Wales.

Marcus Rashford and Phil Foden took advantage of the opportunity to start as they created all three goals in an easy win over the Wels team on Tuesday.

England bagged nine goals in three games and they will go into this tie against Senegal on the back of two straight clean sheets.

Senegal lost the opening fixture 0-2 at the hands of the Netherlands but they managed to bounce back by netting five goals in the back-to-back wins over Qatar and Ecuador.

The African champions needed a win over Ecuador on the final day to advance and they delivered their best showing of the tournament.

Aliou Cisse’s men dominated the pitch throughout most of the game and they deservedly claimed the spoils although the winning goal came from unlikable source – Chelsea’s center-back Kalidou Koulibaly.

The Lions of Teranga play attractive football despite missing their best player Sadio Mane. It will be very interesting to see whether they can threaten England here.

England head into this as heavy favorites and we do not expect them to have too many problems against Senegal. Garteh Southgate has immense quality on disposal in his ranks and we expect the likes of Kane, Saka, Sterling, and company to make the difference on Sunday night.

Our main pick is England to have the lead at the half time and win the match at the end at the 2.37 odds. Alternatively, you can take Harry Kane to score anytime at the 2.25 odds.