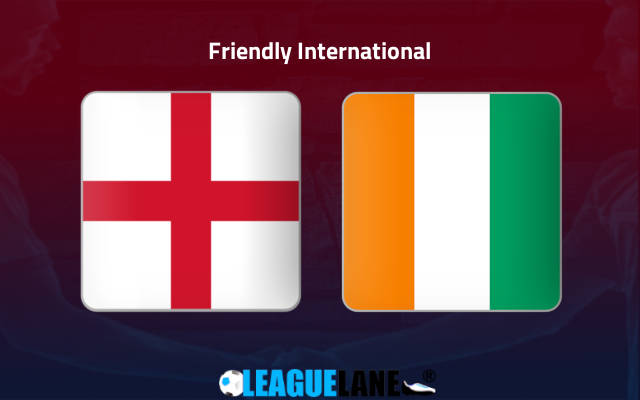 The English had to deal with a great sorrow this past July, as they fell at the last hurdle before glory in the Euros. With a jealousy-inducing level of talent in their squad, the team was sure to go all the way, and they even reached the final – that too in front of their home crowd.

But disaster struck in penalties, as Italy managed to prevail.

However, the Three Lions are not ready to give up. They are going after the ultimate prize this December in Qatar. Do note that they had made it till the semis in the 2018 World Cup.

And coming Tuesday at the Wembley, once again in front of their home crowd, the team will be eager to prove themselves.

Meanwhile, Ivory Coast failed to qualify for the World Cup, and also had to bow out of the African Cup of Nations in their very first knockout fixture itself.

It goes without saying that spirits are very low in their camp, and they are expected to struggle this Tuesday in front of a passionate English crowd. Expect a win for the Three Lions in style at the Wembley.

The English had registered a 0-10 win on the road against San Marino, in their latest fixture. They had also scored five goals in their game before that.

They have also lost just once in the past 20 fixtures – with this sole loss coming via penalties in the Euro Final, against Italy.

They had absolutely cruised through their Qualification campaign, and have also been on a phenomenal run at home for the past few years.

On the other hand, Ivory Coast were winless in three of their preceding five games, and had remained so in eight of their past eleven road trips.

Considering these observations expect a compelling win for them this Tuesday.

Tips for England vs Ivory Coast