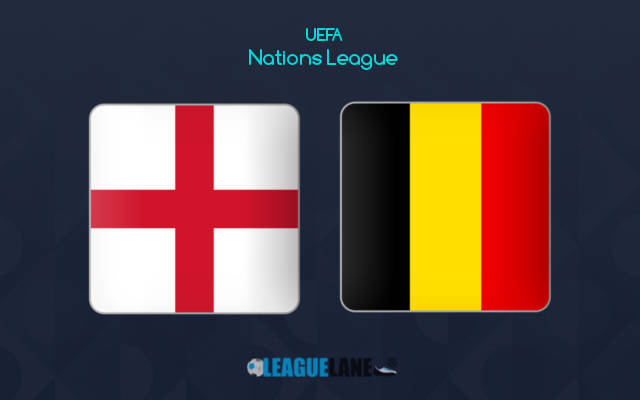 England is on a five-game unbeaten streak in their schedule, following a goalless draw on the road against Denmark last time out in the UNL fixture. They have kept a clean sheet in the recent five clashes in their overall records.

Belgium will visit on the back of a 12-game winning streak in their schedule. And in the last encounter, they defeated Iceland at home with a 5-1 score on the board. Three of their recent four clashes have seen both teams score.

Belgium had the upper hand in both their h2h clashes in the 2018 World Cup fixtures. The Three Lions couldn’t even score a goal in both defeats, but the Red Devils averaged only 1.5 goals in those two encounters.

England has improved since then and has been anything but impressive in the UEFA Nations League this season, but they look solid at the back. That’s why the tip for under 3.5 goals will work well for the match as it points to a tight ninety minutes.

Gareth Southgate will rely on Harry Maguire’s return to contention, while both Mason Greenwood and Phil Foden have been omitted. Harry Kane will be a key player in their attacks at Wembley Stadium.

Real Madrid ace Eden Hazard is rated doubtful for Belgium in the upcoming match. However, their attacking takes no hit, as their squad is filled with dangerous players like Batshuayi and Mertens.

The double chance favoring England will probably be the best bet for the punters, as a draw is also possible considering that the visitors are not going to back down without a fight.