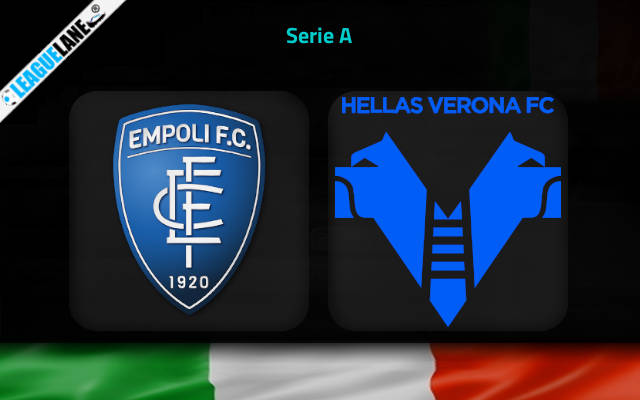 Both Empoli and Verona have started their respective campaigns on poor notes, and have remained winless so far. Either has been letting in goals in huge numbers as well, and it goes without saying that pressure is huge upon both to find an urgent win.

Verona are placed 17th in a table of 18 as of now, and have a 100% losing record barring a single draw. It also needs to be mentioned that only the dead-last placed Monza have conceded more goals than them in the entire tournament.

Going on, last time around, they had secured a 9th place finish, and had missed out on a ticket to Europe by just 9 points. As such, they are determined to make amends, but so far they have been unable to find form.

Meanwhile, Empoli had secured a 14th place finish in a table of 20, and they had a surplus of just 11 points over the relegation cut-off. They have been struggling with their defense for quite some now, and most importantly, majority of h2h meetings over the years have had goals in huge numbers.

Considering these observations, expect a goal-fest this Wednesday.

Empoli are on a four-game winless run, and in the process, they had gone on a two-fixture losing streak. Do also note that they were winless in 12 of their past 16 appearances in front of their home crowd, and they had even gone on a three-match losing streak during this stretch.

On the other hand, Verona are on a four-match winless run, and they had lost three of these fixtures as well. Moreover, they had let in four or more goals in two of these games.

Going on, they were also winless in eight of their past ten overall match-ups.

Considering all these observations, expect a high-scoring affair this Wednesday between the two teams.

Tips for Empoli vs Verona