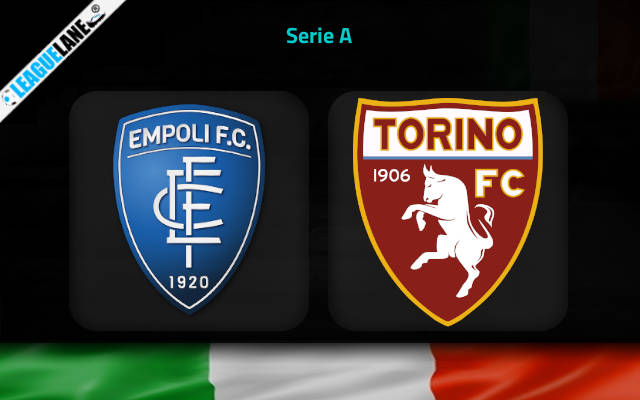 Empoli host Torino in the mid-table clash on Sunday afternoon at Stadio Carlo Castellani. Based on what we saw from the two teams in their previous league games, we should be in for a spectacular afternoon of football here.

Empoli completed a magnificent comeback within the final ten minutes of the game against Napoli seven days ago at Stadio Carlo Castellani.

Aurelio Andreazzoli’s troops entered the final ten minutes of the game with a two-goal deficit against the third-placed Napoli but they managed to score three goals in quick succession to completely turn the game around on the occasion.

Andrea Pinamonti was the hero as his brace helped Empoli win their first match in the last 18 outings in all competitions.

Empoli will be looking to back this win up here against mid-table rivals Torino who will come into this tie off of a crazy eight-goal thriller against Atalanta on Wednesday night.

Torino played a 4-4 stalemate with Atalanta in mid-week’s tie in Bergamo. The team led by Ivan Juric controlled the game throughout most of its part, having a 2-4 lead until the 78th minute.

Nonetheless, they eventually had to settle for a draw which extended their unbeaten run to five straight league matches.

Torino have scored six goals in the last two league games and we have reasons to expect them to continue their strong attacking performances here against the leaky defense of Empoli’s.

Backing goals has to be the way to go here based on the recent showings from both outfits. You can thus have the Both Teams To Score pick at the 1.61 odds.

As for the outcome, the draw seems to be the closest of the three since both sides have frequently shared spoils with their counterparts of late.