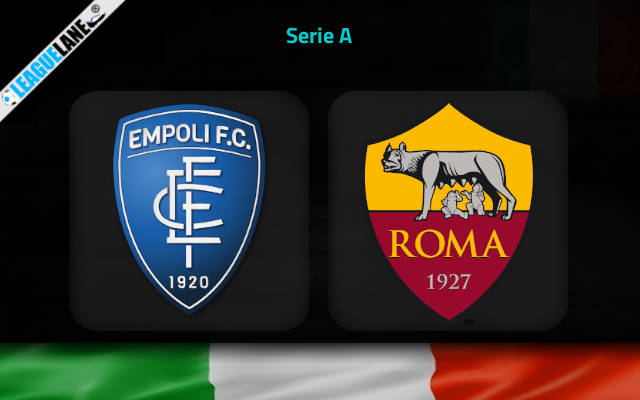 Empoli and Roma will close the sixth round of Serie A on Monday evening when they meet each other at Stadio Carlo Castellani.

The hosts had one of the easiest schedules at the start of the season but they are yet somehow still winless after the opening five rounds.

Empoli did lose just one game, on the very opening day away at Spezia (1-0), but the draws to the likes of Fiorentina, Lecce, Verona, and Salernitana can hardly make their fans happy.

To make matters worse, Paolo Zanetti’s troops are now set to face their toughest rival yet. On a positive note for the hosts, Roma will enter this tie in the lowest of spirits after a demolishing 4.0 defeat at Udinese last Sunday.

It was the first loss of the season for Jose Mourinho’s men whose defensive line looked unrecognizable in Udine.

The Romans had previously allowed just one goal in the opening four rounds and it came in a 1-1 draw away at Juventus.

Roma have generally shown better displays at home than on the road so far in the season. Mourinho’s squad notched only two goals in three away outings this term.

Since Empoli have allowed just one goal in two home fixtures so far, we are not too confident regarding Roma’s chances of cruising here at Stadio Carlo Castellani.

Roma did not shine offensively so far in the season, especially on travels. Jose Mourinho’s men also had a trip to Bulgaria on Thursday night when they faced Ludogorets at the beginning of the new UEFA Europa League group phase campaign.

This is why we see the Under 2.5 goals FT as the best betting option for this tie. We also like Empoli to win or draw double chance at the 2.20 odds knowing that the hosts are unbeaten in four successive league outings.