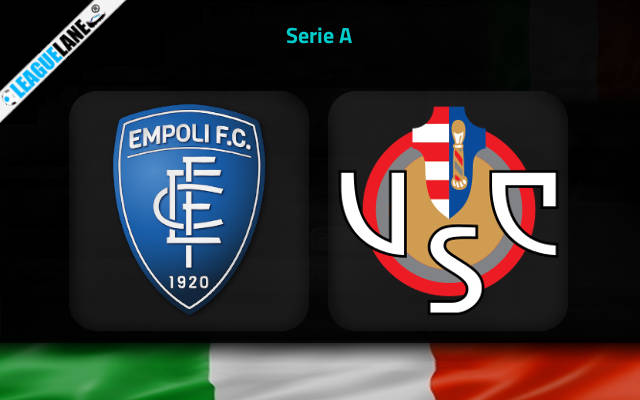 Cremonese are possibly the worst team in the whole of the Italian top flight at the moment. They are the only squad yet to register a win in the league. Meanwhile, Empoli might not be in the best of forms, but they certainly are better than their counterparts for the day.

They recorded a 1-0 win at home the last match-day against Sassuolo, and lost just once at home in the past month. This sole loss came against the in-form Atalanta.

They have a great opportunity coming up this Friday, as the team placed just above and below them have tough fixtures this match-day. The 15th placed Monza are pitted against Lazio, the 13th placed Sassuolo are pitted against Roma, and the 12th placed Bologna are locking horns with Inter.

Most probably these teams will be dropping points against these titans, and fans are hoping that Empoli can make full use of this upcoming fixture.

Their counterparts Cremonese are placed 18th in a table of 20, and they are yet to register a single win in the league. In fact, barring six draws, they have a 100% losing record.

Going on, they also have a dominant h2h record against this rival over the years, and considering all these observations, expect a win for Empoli this weekend. Do also anticipate goals in huge numbers against the struggling defense of Cremonese.

Empoli lost just thrice at home all through the season in all competitions, and these defeats came against titans AC Milan, Atalanta, and Roma. It is quite impressive that they remained unbeaten otherwise at home for close to eight months.

On the other hand, Cremonese have a 100% winless record this whole season, barring a sole victory which came in the Coppa Italia against a team from the lower divisions. And this win came in August too.

By the looks of things, expect a win for Empoli this Friday at the Stadio Carlo Castellani.

Tips for Empoli vs Cremonese