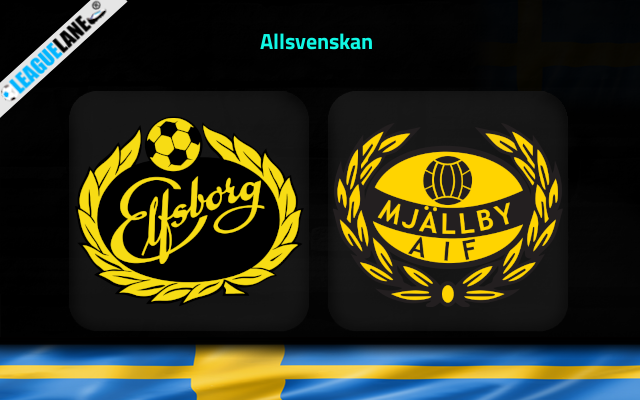 Elfsborg ended up in the 4th spot on the table the past season. They had a good form throughout the season but failed to enter the safe zone which was just two points away from them at the end. They will be hoping for better outcome this season with minimal mistakes unlike the previous season.

Meanwhile, Mjallby played a 1-1 draw at home against Trelleborgs in their most recent friendly fixture. They are currently on the back of 12 subsequent unbeaten fixtures. Out of this, six were drawn matches.

They finished up the previous Allsvenskan season occupying the 9th position. They had an inconsistent form in that season and it resulted in their positioning on the table with a big gap between them and the safe zone.

Elfsborg are having a strong form at home lately. They have only lost three of the past 20 home affairs across all competitions. Their most recent home fixture was the Svenska Cupen quarter final match against Goteborg. The match ended up in a 1-0 victory for them.

On the other side, Mjallby are having a decent form on road of late. However, they are winless in 9 of those. Most of them ended up in a draw which allowed them to remain unbeaten. Such an unbeaten form will count only little against this Elfsborg side who possess a strong head to head form against Mjallby.

By the looks of things, we expect a win for Elfsborg when they meet Mjallby in their opening Allsvenskan fixture on Monday.