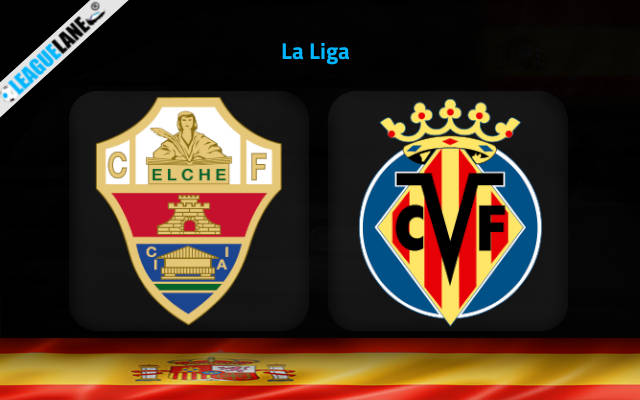 Villarreal have been in spectacular form lately. After a slow start to their campaign, the team now resembles the one that lifted the Europa League at the end of the past season.

Also, they are determined to compensate for all the points they dropped during their initial struggling period.

Meanwhile, Elche are one of the weaker teams from the Spanish top flight. They have seldom won this season in the La Liga, and they are barely staying above the relegation cut-off.

They are also conceding goals in plenty, and most importantly, they have had always struggled in h2h clashes over the years.

For the reasons, expect a win for the Yellow Submarines this Sunday at the Estadio Manuel Martínez Valero.

Elche did record a 1-2 win on the road the last match-day, against Espanyol. But it was only their fourth win in the Liga in 2021-22, and also Espanyol are a recently-promoted squad.

Going on, Elche have been completely winless at home this season, barring their wins against Cadiz and Celta Vigo.

On the other hand, Villarreal were held to a 2-2 draw the past game week at home, by defending champions Atletico Madrid. The Yellow Submarines were on a four-fixture winning streak before that, and they had also won six of their past eight overall games.

Going on, they had also scored a total of 36 goals from their past ten matches combined.

Taking into account these observations, expect a win for Villarreal this Monday.

Tips for Elche vs Villarreal