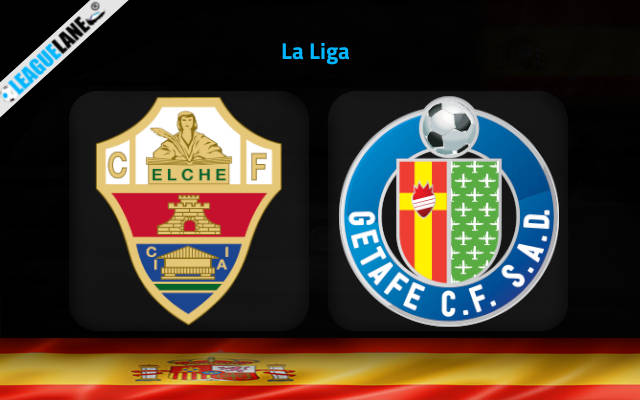 Getafe will be at Estadio Manuel Martinez Valero on Monday for the LaLiga fixture with home team Elche.

Elche is currently the worst team in LaLiga. They have not managed to get a single win since the beginning of this season. Moreover, they are the only winless team in the whole competition. Thus, they remain at the bottom of the table.

Apart from the worst form in the league, they also have the worst defense to their name. Currently there is more than a 90-percentage chance of goals being over 2.5 in affairs including Elche.

Meanwhile, the season did not start great for Getafe. They were brutally outplayed by Atletico Madrid and Girona in the first few games.

But while they haven’t been winning recently, they haven’t suffered any defeats of big consequences. Draws recorded by them in the last three games can be considered as signs of improved form.

However, there is no need to look closely at their stats when it comes to their next game. Because they have the potential to win against the current worst team in the league.

Getafe’s top scorer Enes Unal has scored in the last game as well as in the last head to head encounter against Elche at this stadium. In fact, he has been one of the prominent player from the Getafe side to score against this opponent for the past few games.

On top of that, Getafe is on a three-fixture unbeaten streak on the road. The chances of conceding a defeat are very low when they are in such a form.

Therefore, we like to back the away side to claim the win here.